5-minute breathing exercises found to boost tolerance for the treadmill 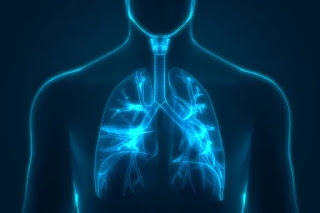 Scientists studying the health benefits of a form of high-resistance breathing training have published new research demonstrating how it can increase our capacity for exercise. The technique was also shown to improve certain aspects of metabolism when practiced daily, with the researchers suggesting it could be adopted to help nudge people toward more active lifestyles.

The technique at the center of this research is known as high-resistance inspiratory muscle strength training (IMST), which emerged in the 1980s as a way of treating patients with respiratory disease. The idea is to spend a short amount of time inhaling through a handheld device that sucks air in the opposite direction, creating resistance to strengthen the user's diaphragm and other breathing muscles.

Where conventionally this has involved 30-minute sessions, last year we saw some promising results from investigations into sessions just five minutes long. That study showed that when practiced daily, these short stints of breathing training could lead to sharp declines in blood pressure and improve cardiovascular health, with some benefits persisting even after the training program had ended.

This new study by the same group of researchers sought to explore how IMST could be used to improve exercise tolerance in middle-aged and older adults. The scientists enlisted 35 adults aged 50 and over, and placed them in either a high-resistance training group or a low-resistance control group. Both groups were tasked with using the breathing device for around five minutes a day, across a six-week period.

After the completion of the program, the high-resistance group exhibited a 12-percent improvement in a treadmill time to exhaustion test, while performance among the low-resistance control group went unchanged. The scientists also observed altered levels of 18 different metabolites in the high-resistance group, mostly ones that “play key roles in energy production and fatty acid metabolism," according to lead researcher Kaitlin Freeberg, from the University of Colorado Boulder.

The scientists see the five-minute daily sessions of IMST as a potential way to make exercise more appealing among middle-aged and older adults, and ultimately encourage the uptake of more healthy lifestyles.

The researchers are presenting their work at the American Physiological Society's annual Experimental Biology 2022 meeting this week.