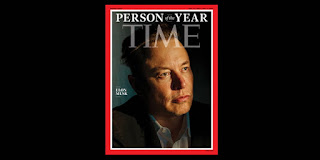 through his surprise tweets, the world’s second-richest man Elon Musk, the CEO of Tesla, is the chosen one. To put it simply, the prestigious TIME magazine has named Musk as the “2021 Person of the Year.”

Apart from Tesla’s CEO, Musk is also the founder and CEO of rocket company SpaceX, and leads brain-chip start-up Neuralink and infrastructure firm The Boring Company. “Just dropping some friends off at the pool,” Elon Musk informed his 66 million Twitter followers on the evening of Nov. 29, having previously advised that at least half his tweets were “made on a porcelain throne.” After an interval—21 minutes, if you must know—an update: “Splish splash,” wrote TIME in its article on him. 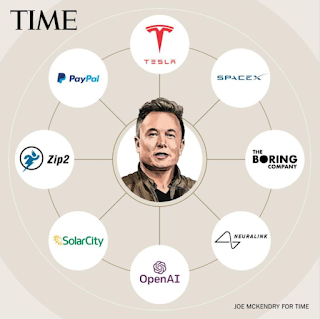 From hosting ‘Saturday Night Live’ to dropping tweets on cryptocurrencies and meme stocks that have triggered massive movements in their value, Musk has dominated the headlines for a number of times, to a level that some of his tweets have also attracted regulatory scrutiny in the past.

According to the magazine article, Musk’s SpaceX has leapfrogged Boeing and others to own America’s spacefaring future. His car company, Tesla, controls two-thirds of the multibillion-dollar electric-vehicle market it pioneered and is valued at a cool $1 trillion. That has made Musk worth than $250 billion.

The profile said that Musk “bends governments and industry to the force of his ambition”. The profile describes Musk as a “player in robots and solar, cryptocurrency and climate, brain-computer implants to stave off the menace of artificial intelligence and underground tunnels to move people and freight at super speeds.”

The US-based TIME magazine has been running the award since 1927, with recent winners including Greta Thunberg, Joe Biden, and Kamala Harris. It has maintained that the award does not necessarily serve as an endorsement of its recipient, but a recognition of their influence.