7 Things to Do When Haters Tell You "You Can't" 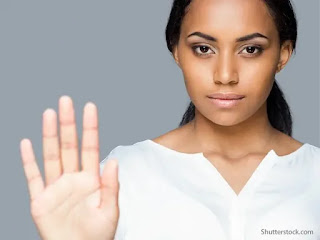 When the haters start hating, do you know how to react?

Now, we’re not talking about the Merriam-Webster definition of “hate.” This is intentionally unconstructive, mean behavior that’s intended to cause someone pain or anger, and it’s made up of two parts jealousy, one part judgmental attitude, and one part pettiness.

It doesn’t matter what you do in life, what choices you make, or how kind or blameless you are—you’re going to gather a few haters along the way to success. These people are like those sharp, little burrs that hide in the tall grass, clinging to your socks as you walk and sticking you at the least opportune moments. For whatever reason, some people will always find ways to project their negativity and insecurities onto those who don’t deserve these things.

But the reality is this: haters can only hurt you as much as you let them. Their words are carefully designed to get under your skin and make you lash out, but you’re not going to do that. Instead, you’re going to read these 7 things to do when the haters tell you “you can’t,” and you’re going to learn how to handle the hate like a boss.

Want to know one of the best ways of dealing with haters? Let their jabs encourage you, rather than taking the wind out of your sails, by seeing them as signs of your own success.

Haters hate for a very particular set of reasons. They’re insecure, and your successes and victories remind them of their perceived failures. They’re comparison junkies who can only feel confident if they’re the best one in the room. The moment you step in, though, with even the tiniest accomplishment that they deem better than their own, they start tearing you down.

Before you let it get to you, though, think about what we’ve just talked about. These people are basically saying, “I think you’re better than me.” Now that you know their reasoning, you’ll be able to hear that statement in everything they say and do!

The more successful you are, the more haters you’ll gather. Take their lamentations for what they are—songs of praise—and you’ll weather the hate-storm with ease.

Got a hater on your back that’s particularly hateful? Is their rhetoric a little too toxic for you to see it as the compliment that it is?

This doesn’t mean passively ignoring your hater. If you’ve got someone who is really getting under your skin, trying to pretend like it doesn’t affect you is only going to make things worse.

Instead, deal with the feelings by confronting them. Acknowledge that this particular hater is upsetting you. And then click the block button.

That’s right—cut off communication. Get this person and their negativity out of your face and out of your life. If they truly have nothing constructive to say, they’ve no business saying anything to you.

You take away a hater’s direct line to you, and you take away their power. Eventually, they’ll go wander off into the wasteland of emotional trolls, seeking another target. You, however, will be hater-free and happy.

Haters got you down? Go find the lovers who will build you up!

For every person out there who makes it their mission to tear you down, there are two who want to build you up. If you’re feeling the heat, it’s time to find your squad.

Find those people in your life who are positive rays of sunshine, and who encourage you to go after your goals. These are the people who are actually happy when you succeed—they don’t care to compare themselves to you, no matter where they are in life.

If you have a lot of haters in your life, these people are more important than you realize. A lot of self-help experts will tell you that you tend to become like the people you hear from the most, so don’t let that negativity seep in. Instead, surround yourself with loving people who will remind you that you can, and let them help you filter out the “you can’t” messages in your life.

When the hate starts pouring in, sometimes you just can’t ignore it, redirect it, or alleviate it. Sometimes, you’re just going to have to do your best to hunker down, stay grounded, and refocus on what’s really important.

When things get this bad, hate hurts. It can hurt deeply, in fact. But don’t let that hurt stop you from doing what you love. Stopping isn’t going to make the hate less painful—in fact, if you let it keep you away from your dreams, that pain will become a scar of regret that you’ll carry with you for a long time to come.

Keep moving forward, step by step. Keep the end in mind—focusing on your goals, to the exclusion of everything around you, will help you stay on track.

If you’re ambitious, haters are going to be a part of the deal—it’s just going to happen. In our always-connected world, you’ve got so many eyes on you that haters are inevitable, but if you can learn to weather the storm until the hate passes—and it will—you’ll reach your goals.

Another way of disarming haters is by understanding them.

This means actually engaging with them, which doesn’t work for everyone—some haters are just too obstinate. But for those who are willing to talk, a little empathy and understanding goes a long way.

Try to get to the root of why they feel the way they do. Why do they feel the need to tell you that you can’t do whatever it is you’ve set out to do? Do they feel threatened? Are they projecting their fears onto you? Do they feel like they’re a failure, and you’re a painful reminder of that?

A little encouragement may go a long way here, and in doing so, you might even convert a hater into a fan! Interacting with someone humanizes you—you’ll go from being the faceless stand-in for your hater’s fears and shattered dreams, to being a living, breathing, complex person in their mind.

So, the next time you run into a hater that might be willing to talk about why they hate, try a little communication. It might just turn their “can’t” into a “can.”

At much as you might not want to admit it, haters sometimes have a point. It’s delivered all wrong, full of malice and petty spite, but if a grain of truth is there, it’s there.

The ability to accept criticism and use it to make yourself better than ever is a rare gift, but one that can be cultivated. When haters start saying “you can’t” take a moment to analyze what they’re saying. Now, this doesn’t mean that you can’t achieve your dreams, but it does mean that you should take a realistic look at the obstacles that stand in your way.

In a way, you’re robbing your haters when you do this—you’re taking the good and helpful parts of what they have to say, and leaving the hurt and pain behind. What better way to get revenge than to become even better as a result of their nasty words?

Finally, in the case of any kind of hater, forgiveness is always the best option.

Forgiveness doesn’t mean letting someone walk all over you. You can confront or ignore a hater, and still forgive them. No—forgiveness simply means you’ve let go of the possibility for revenge, and you’re consciously not dwelling on your anger. As much as you might want to put somebody in a sleeper hold when they tell you what you can and cannot do, resist that urge.

Instead, forgive your haters. They’re human, and they have their own problems. Be gracious and above reproach if you respond to them, and not only will you be a decent human being, but you’ll look great in the eyes of others.

Above all, though, forgiveness simply lets you move on, so forgive whenever possible—it’s the best way to respond to the people who lash out at you for what you do well.

Haters don’t know the real you—if they did, they probably wouldn’t be spewing their vitriol. Their words aren’t true, but rather come from a place of angry ignorance.

So, don’t let them get you down. Hold your head high, and for each time someone says “you can’t,” you tell yourself “I can.”

Do this, and the haters won't be able to touch you.