Most Prolific serial killer in the U.S.

The FBI has confirmed an imprisoned murderer who confessed to 93 murders over four decades is the most prolific serial killer in US history.
Police have matched Samuel Little, 79, to 50 cases from 1970 to 2005 thus far.
He has been serving life in prison since 2012 for the murders of three women.
Little targeted vulnerable individuals, mostly black women, many of whom were sex workers or drug users, officials say. 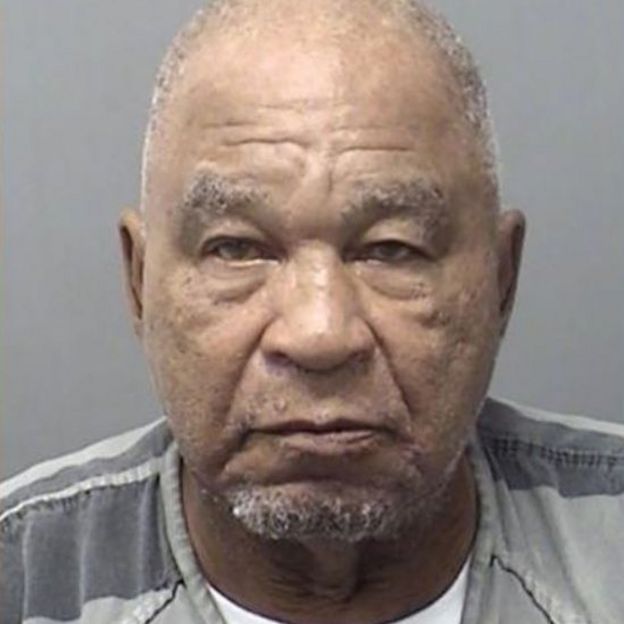 ﻿
A former competitive boxer, Little would knock his victims out with punches before strangling them - meaning that there were not always "obvious signs" that the person had been brutally murdered.
Some of these deaths were never investigated by the FBI as a result, and many deaths were incorrectly determined to be overdoses or accidental. Some bodies have never been found, the agency said.
In a statement on Monday, the FBI said its analysts believe "all of his confessions are credible".
"For many years, Samuel Little believed he would not be caught because he thought no one was accounting for his victims," FBI crime analyst Christie Palazzolo said in the statement.
"Even though he is already in prison, the FBI believes it is important to seek justice for each victim - to close every case possible."
Law enforcement is still working to verify the remaining 43 cases he confessed to. 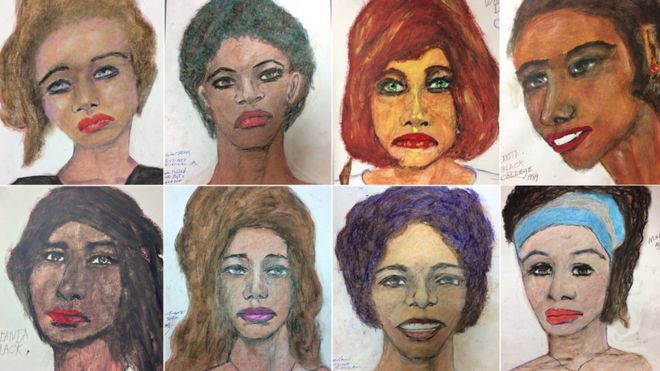 
Officials have now released additional information about five cases in Kentucky, Florida, Louisiana, Nevada and Arkansas to the public in hopes of identifying the unconfirmed victims.
The agency had previously shared Little's coloured portraits of his victims, which he drew in prison, in an effort to identify more victims.


They have also published video clips of the interviews where he described details of the murders.
In one of the five cases the FBI is seeking public assistance to solve, Little describes meeting a young black transgender woman named Marianne or Mary Ann in Miami, Florida, in the early 70s.
He described killing the 19-year-old on a driveway near a sugarcane field, dragging her body deeper into the Everglades. "The earth was mushy," Little recounted. "I turned her loose and she fell into it face down."
In another case, Little detailed strangling a woman in 1993 in a motel room in Las Vegas. He recalled having met her son before, even shaking his hand. After murdering her, he drove to the outskirts of the city and rolled her body down a slope.
Officials have said Little's memory of the killings has been mostly precise, but he is unable to remember specific dates, which has hindered the investigation.
It is unclear if Little will face more charges over the recent confessions.
Little was arrested in 2012 on a drugs charge in Kentucky and extradited to California, where officers carried out DNA testing on him. Little already had an extensive criminal record, with offences from armed robbery to rape across the US.
The DNA results linked him to three unsolved murders from 1987 and 1989 in Los Angeles County. He pleaded not guilty at trial, but was eventually convicted and sentenced to three consecutive life sentences, with no chance of parole.
He was then referred to the FBI's Violent Criminal Apprehension Program (ViCAP) - a scheme that works to analyse serial offenders of violent and sexual crimes, and share information with local law enforcement agencies to cross-reference unsolved crimes.

Last year, Texas Ranger James Holland travelled with a ViCAP team to interview Little in California. They say Little agreed to talk to them because he was hoping to move prisons. Ranger Holland was able to question Little "nearly daily" and built up the full picture of his crimes.