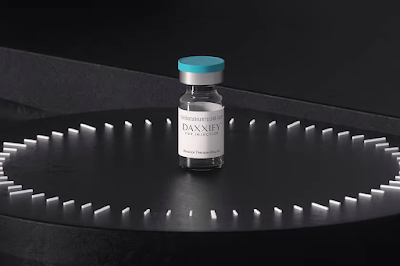 The US Food and Drug Administration (FDA) has approved a new anti-wrinkle treatment called Daxxify. Similar to the popular Botox, Daxxify freezes wrinkles by paralyzing muscles but lasts at least twice as long as current treatments, with single injections working for between six and nine months.

For several decades one of the most common cosmetic procedures has involved injecting small volumes of the botulinum toxin into parts of the face. The toxin is a neuromuscular blocking agent, paralyzing certain facial muscles, leading to a smoothing of the skin and a reduction in wrinkles.

The most common brand of treatment is the familiar Botox, however, several other companies have come up with their own competing botulinum formulations over the years. Despite these competitors, Botox has basically dominated the anti-wrinkle market for decades, with no significant innovation in the biotech world of anti-wrinkle treatment.

The development of Daxxify took years, and was originally focused on producing a Botox-like anti-wrinkle treatment that didn’t need to be injected. As the research team at Revance Therapeutics explored different ways to stabilize the toxin molecules they developed a novel peptide technology that unexpectedly enhanced the duration of the treatment.

A Phase 3 human trial, involving nearly 3,000 participants, found Daxxify was effective at reducing wrinkles but lasted much longer than current treatments. The effects of Botox injections generally begin to wear off after around three months but the clinical trial found Daxxify lasted at least six months, and in some patients up to nine months.

Daxxify was originally ready for FDA approval back in 2020 but a combination of pandemic delays and quality control issues at the company’s production factory led to a long pause on its final authorization. Mark Foley, CEO of Revance, said to Fierce Pharma the plan is for a slow roll-out over the rest of the year as the product is delivered to a group of select physicians before it is made more widely accessible in 2023.

“It’s been a long journey to get here,” added Foley. “We’re super excited because it will be the first time in over 30 years that a truly innovative neurotoxin has been brought to the market.”

And just as Botox is used in a variety of clinical contexts, the company is exploring how Daxxify could treat several medical issues, including migraines, muscle spasticity and even overactive bladder.