Facebook rebrands as Meta, attempting to shape the future of the Web 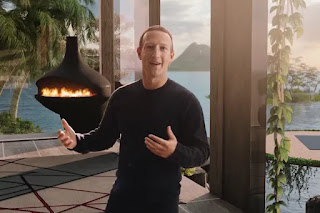 Facebook founder and CEO Mark Zuckerberg has announced that the company is rebranding itself as Meta as it focuses its energy on its next great gamble: creating the backbone of an immersive VR/AR "Metaverse" it sees as the next evolution of the Web.

Facebook has already changed the world once – for better or worse – and with the Metaverse platform it wants to lay the foundations of a new internet based on immersive places instead of pages on screens. This is far from a new idea – notably, Neal Stephenson first coined the term 'metaverse' in his Snow Crash novel from 1992, and Spielberg's Ready Player One film from 2017 had its "Oasis," more focused on gaming.

How will it work? Well, you'll access it through VR goggles or AR glasses, meaning you can choose to have one foot in the physical world or be totally immersed. Loosely, you can map it onto today's internet by replacing web pages with locations, and hyperlinks with the ability to teleport between locations.

It's designed as a social space, so whether you're at home or in some public space you'll be able to invite friends or strangers to join you, interacting through avatars that will evolve to capture and transmit your body language and facial expressions as well as transmitting your voice and action commands. You'll be able to set boundaries on exactly how social. 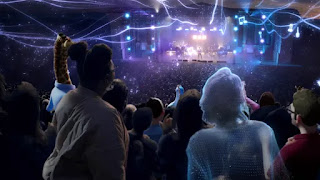 So far, so VR; Facebook's Oculus Quest 2 VR headset already offers people access to a Horizon: Venues app that acts in much the same way, letting you teleport in and out between your home space, a public lobby and a series of 'event' rooms where various different shows can be enjoyed as you interact with strangers, weaThat's not to say Facebook will be building all of this content – rather, the company seeks to build the standards and underpinning systems that'll make this whole thing work, and to make it an attractive place for independent third parties to spend time deigning for. That means crypto-based payment systems, advertising infrastructure and other ways for third party entities to squeeze a buck out of their virtual designs, be they games, digital art, shopfronts, experiences, social spaces or whatever else people can dream up.

It's a bright and shiny vision, backed up by some cringeworthy render video, and Zuckerberg says the scope of the company's vision here means the Facebook brand will no longer cut the mustard. "Right now our brand is so tightly linked to one product, that it can’t possibly represent everything we’re doing today, let alone in the future," he said in a founder's letter. "Over time, I hope we are seen as a metaverse company, and I want to anchor our work and our identity on what we’re building towards ... To reflect who we are and the future we hope to build, I’m proud to share that our company is now Meta."

Essentially, the Facebook company is splitting in two; the social media site won't be changing its name, but Zuckerberg is clear that it's been relegated to second priority: "From now on, we will be metaverse-first, not Facebook-first. That means that over time you won’t need a Facebook account to use our other services. As our new brand starts showing up in our products, I hope people around the world come to know the Meta brand and the future we stand for."ring an editable avatar.

Facebook's Metaverse would expand this concept to become all-consuming. You'd be able to go shopping, play VR games, have work meetings, catch up with friends on mountaintops or alien planets. Whatever you're doing online now, Zuckerberg wants you to be able to do it in VR.

Or AR – with a good set of glasses, you'll be able to bring elements from the virtual world with you wherever you go. That might mean switching your work desk and computer with a giant set of virtual screens that can hover holographically in the air wherever you decide to work. Or a holographic board game you can play with a friend, whether you're together in person or whether they join you remotely as an avatar. 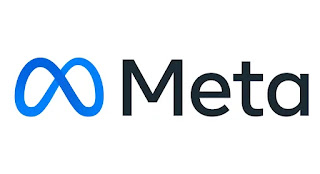 The rebranding will do little to wash Facebook's hands of controversies, both historic and recent, that have left a sour taste in many mouths during the company's meteoric rise to global social media domination. That mud sticks to Zuckerberg himself, and his profile and past misdeeds will make him impossible to ignore as the figurehead of the new metaverse.

Either way, this represents an enormous bet on what shape the future will take. It's easy to forget in modern life that the keyboard, mouse and screen that dominate the modern office have only been common since the 1990s. Touchscreen smart devices first appeared 14 years ago with the iPhone, and you only need to interrogate your own habits to see how comprehensively these have taken over our interface with the wider world.

The Zuck fervently believes that before the decade's up, VR/AR will be the next wave, and he's betting billions to try to own and shape that pie as it cooks. And while he'll be happy to pocket percentages of virtual currency spent online, the real gleaming booty he's likely digging for is the same as it's ever been: data, about you, which can be sold on. But as VR and AR platforms develop, the data available will be orders of magnitude more comprehensive and valuable.

Headsets will track your eye motion to know exactly what draws your gaze. Positional tracking cameras built into VR and AR headsets will map and catalogue every room you switch them on in. Companies will be able to track your behavior, attention, surroundings and interactions in unprecedented depth – and there's serious money in that, along with dystopian grossness as the user-as-product model reaches a new level.

Will it happen? It's hard to know. Facebook's current Oculus Quest 2 VR headset is hugely impressive, even if it's clear where it needs to improve – but as of May this year it had only sold around five million units. Huge numbers in the VR world, but not the kind of avalanche that would appear to signal a revolution, especially since Quest 2 is significantly cheaper than, say, a Playstation 5. Then again, there were only 1.7 million iPhones sold in its first year, and 10 million in its second.

VR today still feels like a bit of a novelty; a mind-blowing experience, particularly in the first few hours, but far from essential to your digital life. The headsets, advanced as they are, are still a bit sweaty and uncomfortable, and motion sickness still needs to be overcome when you're gliding around in virtual spaces.

The equipment is still embryonic, but it'll improve quickly. There's not currently a ton of unmissable content, but that'll come as the user base grows. People don't appear to be crying out for VR, but they'll generally hop on board given a compelling reason – it's just not self-evident exactly what that liminal moment will be, and I don't think today's announcement of a VR version of 2004's GTA: San Andreas is gonna be it.

Meta must be kicking itself that it wasn't five years down the track on this stuff at the start of a global pandemic that made vast swathes of humanity sit at home on the sofa yearning for a sense of physical presence among their friends.