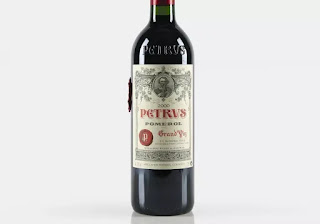 This Bordeaux spent 14 months aboard the International Space Station, and allegedly tastes 'several years older' than it is.

About 20 years ago, some grapes from the Bordeaux region of France were picked, crushed and fermented into merlot, just as countless of similar grapes had been before them. Then, in November 2019, those lucky grapes were launched into space.

This space wine — actually 12 bottles of Pétrus 2000 merlot, normally valued at about $6,000 apiece — spent 438 days aboard the International Space Station (ISS), where a team of incredibly disciplined astronauts refrained from drinking it. The wine circled Earth many times, subject to the uncertain effects of microgravity and cosmic radiation, before finally returning to land aboard a SpaceX Dragon capsule on Jan. 14, 2021.

Now, one of those bottles of rare cosmic wine can be yours… if you're a millionaire.

In a statement published May 4, Christie's auction house announced it will sell a single bottle of the space-aged Pétrus 2000 through its Private Sales website (a brokerage service that connects private buyers and sellers outside of the auction house). The bottle is expected to fetch about $1 million, according to BBC News, and comes packaged in a custom trunk that includes a bottle of terrestrial Pétrus 2000 (so you and your rich friends can compare the tannins, or whatever) and a corkscrew crafted from a meteorite. 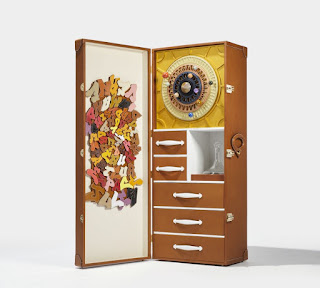 Proceeds from this sale will help fund future space-wine research by Space Cargo Unlimited, the private company that sent the bottles to the ISS in 2019. The company has five more wine-related experiments in the works, including a study of the effects of microgravity on grapevine shoots and a plan to study the fermentation process in space, according to Live Science sister site Space.com.

But for now, the big question is: Does space wine taste different? According to a blind taste-test conducted in March 2021, the answer is yes! When a panel of 12 people (including both wine experts and scientists) sipped a glass of the space-aged Pétrus 2000 alongside a glass of the regular Earthly variety, they detected clear differences.

"I found there was a difference in both color and aromatics and also in taste," panelist and wine writer Jane Anson told CNN.com. She added that the space wine tasted "a bit more evolved" than the wine that had remained on Earth, as if it had aged an extra two to three years while in space.

While scientists still don't fully understand the effects of microgravity and cosmic radiation on living things, past studies have shown that prolonged exposure to both can accelerate genetic changes. One prominent example: After spending a year aboard the ISS, astronaut Scott Kelly showed changes in gene expression related to his immune and DNA-repair systems, which lasted up to a year after his return to Earth, Live Science previously reported. Nothing a little million-dollar-wine can't fix.