What Habits Make a Millionaire? 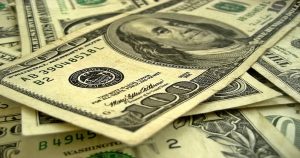 What habits make a millionaire? If that question were easy to answer, there would be an awful lot more millionaires floating around the country. Unfortunately, the secret ingredient to financial success has never been successfully identified, and those that are commonly suggested — work ethic, luck, creativity, insight, perseverance — are much easier to admire in others than to practice in one’s own life.

Tom Corley, however, is not satisfied with the idea that the mystic sauce that creates millionaires has never been found. So, he decided to explore the “little under-observed qualities” that help the wealthy climb to the top. What he found was surprising.

The biggest surprises that Corley found were that millionaires did not normally come from money themselves and that they were not the top students in their schools. Instead, most self-made millionaires were B or C students and came from middle-class backgrounds or poor homes.

“Success in life does not come easy,” Corley wrote. “It is fraught with pitfalls, obstacles, failure, and mistakes. Success requires persistence, mental toughness, and emotional toughness in overcoming these pitfalls. Its pursuit pushes you to the edge emotionally and physically. You must grow a thick skin and become accustomed to struggle if you hope to succeed.” Those who are used to dealing with difficulty and used to confronting failures or problems in their daily lives “can develop more of an immunity to the fear of failure and the fear of making mistakes. This is important because success is built upon a mountain of failure and mistakes.”

So, despite grades not being as important as teachers, parents and colleges attempt to convince people, it appears that even Corley’s unexpected findings support what many people have long known about the most successful. What separates the champions and the amateurs, the millionaires and middle class is nothing more or less than sheer persistence. How that develops may vary, but when it comes down to it, sheer grit is a better predictor of success than any sort of glittery survey.