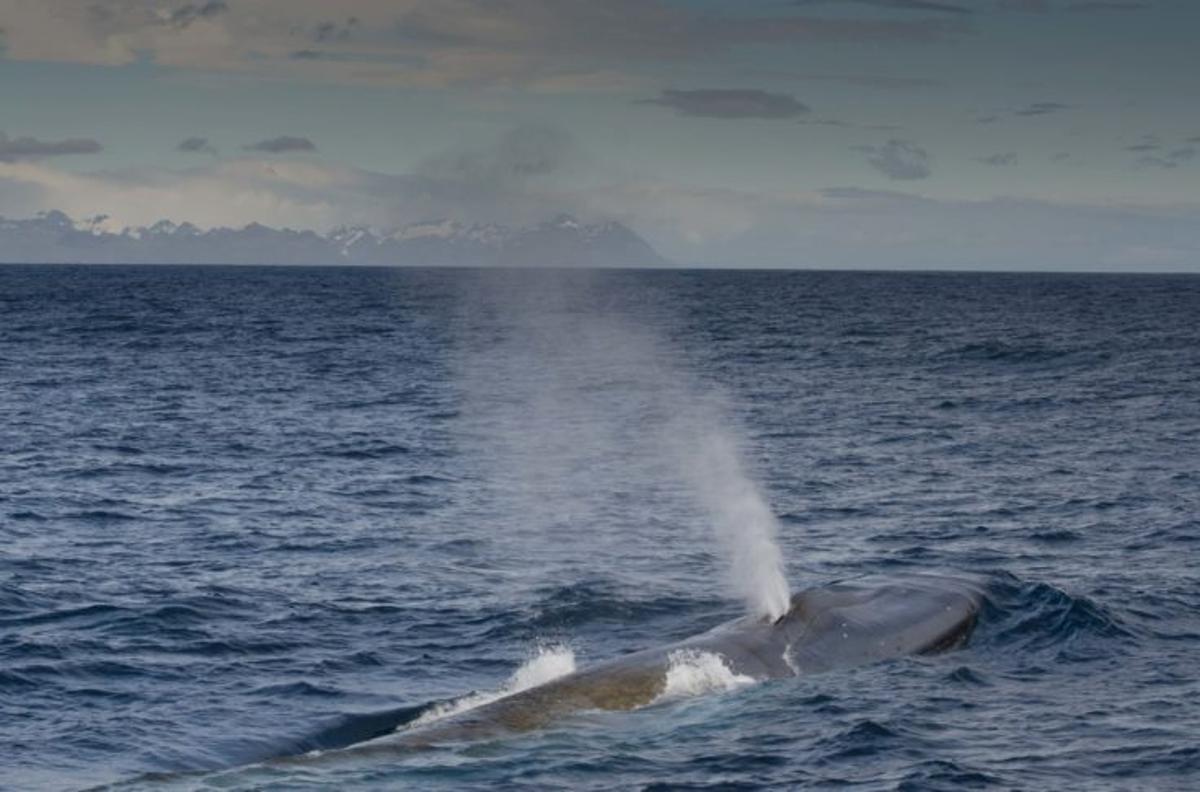 A new survey led by the British Antarctic Survey (BAS) indicates
that blue whales and other large whale species are making a welcome comeback in Antarctic waters. The three-year wild water whale project conducted off the island of South Georgia in the South Atlantic spotted 55 of the critically endangered whales in 36 sightings in 2020, where only one was seen in 2018.

Growing up to 30 m (98 ft) long and weighing up to 177 tonnes, the blue whale is the largest animal to have ever existed on Earth. It's also critically endangered, even 43 years after the International Whaling Commission banned all hunting of the species with the total world population estimated at only 10,000 to 25,000 – or 3 to 11 percent of what it was in 1911.
However, the recent BAS survey that included 40 researchers from nine countries is providing some hope for the future of not only the blue whale but other cetaceans. The expedition took place in what was once the most heavily hunted waters in the world, where 176,000 whales were caught in over 60 years from shore stations on South Georgia and from whaling fleets with factory ships roaming the open sea.
According to BAS, the survey is important because the South Georgia waters are a prime feeding ground for a number of whale species. The 21-day 2020 survey was conducted by locating the whales using acoustics, making photo-identification, taking skin samples, and directly tracking two rare southern right whales.
In addition to the blue whales, the survey also found 791 humpback whales, suggesting that the population is near full recovery. In addition, southern right whales are being seen much more frequently than in previous years. In all, BAS estimates that 20,000 whales now feed in the southern summer at South Georgia before heading north to their equatorial breeding grounds in the winter. This is a distinct improvement from the 1990s when whale sightings were few and far between.
"After three years of surveys, we are thrilled to see so many whales visiting South Georgia to feed again," says whale project leader Jennifer Jackson. "This is a place where both whaling and sealing were carried out extensively. It is clear that protection from whaling has worked, with humpback whales now seen at densities similar to those a century earlier when whaling first began at South Georgia."
Source: BAS
Posted by Tony Ogunlowo at Monday, February 24, 2020