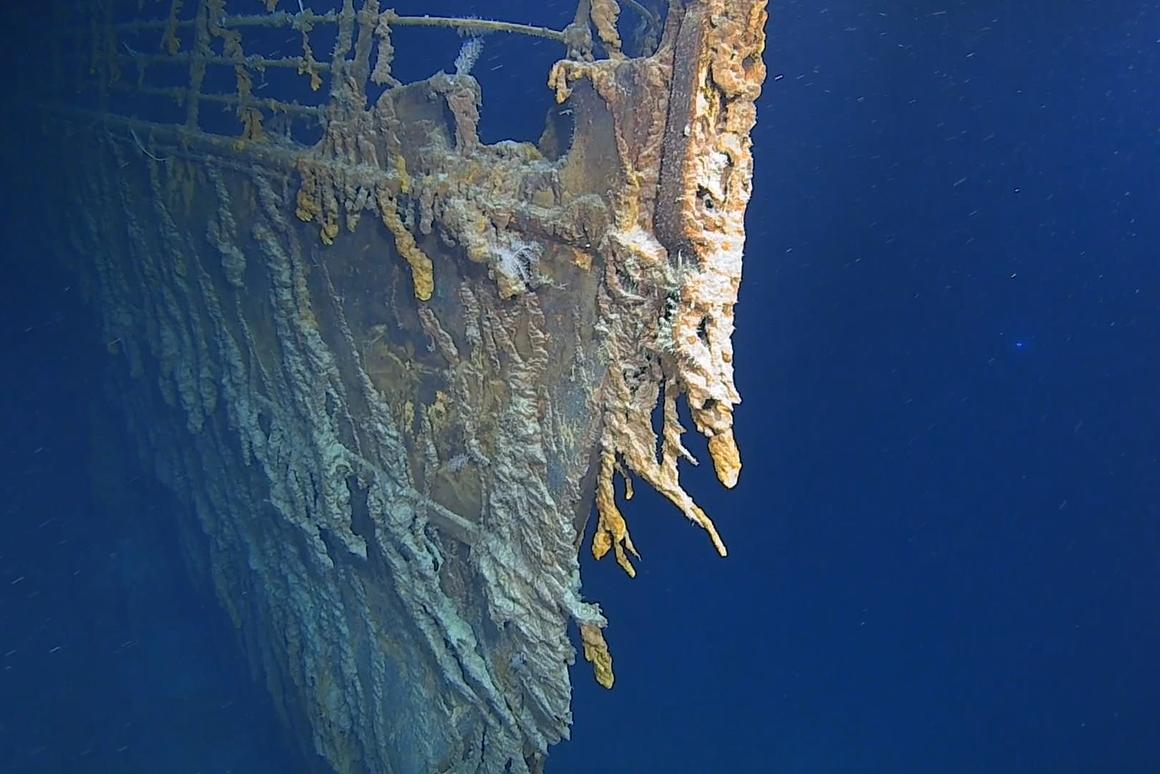 The first manned expedition in 14 years to the RMS Titanic sitting on the bottom of the North Atlantic shows that the famous liner is deteriorating faster than expected. Lying at a depth of 3,810 m (12,500 ft), the wreck was visited in early August 2019 by Caladan Oceanic expedition leader Rob McCallum, explorer Victor Vescovo, and Titanic expert Parks Stephenson aboard the Triton 36,000/2 submersible DSV Limiting Factor, who discovered that whole sections of the passenger liner's superstructure have begun to collapse.
Ever since the "unsinkable" North Star liner struck an iceberg during her maiden voyage in 1912 and sank with the loss of over 1,500 lives it has been a fixture in the popular imagination. The rediscovery of the wreck in 1985 by a Franco-American expedition and a series of best-selling books and feature films have helped to keep the story alive, but the most tangible relic is the ship itself, which is a UNESCO protected site.
Unfortunately, the wreck is in very bad shape. Before Robert Ballard found it in 1985, the general belief was that it was in one, more or less intact, piece that might one day be salvaged and even raised. However, it turns out to have broken in two as it sank, spilling heavy equipment then slamming into the ocean floor at about 30 mph (48 km/h).
The result was not a neat wreck, but piles of squashed and flattened steel plates that have been slowly eaten away by salt corrosion and metal-consuming bacteria. However, when the Caladan Oceanic expedition made a series of five dives over eight days under the observation of an on-board NOAA representative in the two-person submersible 370 mi (595 km) south of Newfoundland, Canada, the team captured 4K video footage of the wreck for the first time and conducted a photogrammetric survey for 3D models and VR tours, showing that the Titanic is falling apart in a fast, dramatic fashion.
According to the team, the deep 1° C (34° F) water is subject to shifting eddies and deep currents that have placed the wreck under constantly changing stresses. When the DSV Limiting Factor visited Titanic, it was found that the officers' quarters, including the Captain's stateroom, had collapsed along with a section of the hull. Worse, the different species of bacteria have been working together symbiotically, causing the deterioration to accelerate.
"The most shocking area of deterioration was the starboard side of the officers' quarters, where the captain’s quarters were," says Stephenson. "Captain’s bath tub is a favorite image among the Titanic enthusiasts, and that’s now gone. That whole deck hole on that side is collapsing taking with it the staterooms, and the deterioration is going to continue advancing."
During one dive the team held a brief ceremony and laid a wreath on the site. Details of the expedition will be published in conjunction with the release of a documentary film by Atlantic Productions, London.
Source: Atlantic Productions﻿
Posted by Tony Ogunlowo at Tuesday, August 27, 2019