Theresa May to officially step down as leader of the Conservative Party today. 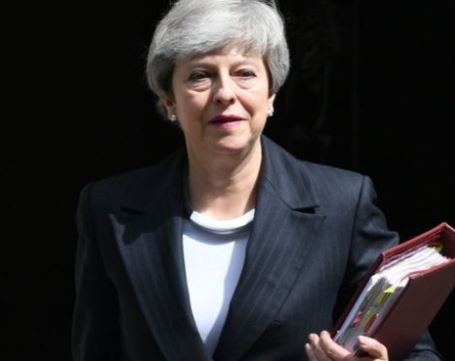 Theresa May will officially step down as the leader of the Conservative Party today but will remain as prime minister until her successor is chosen.

May announced her resignation two weeks ago, saying it was a matter of deep regret that she had been unable to deliver Brexit. Eleven Conservative MPs are vying to replace her as party leader and ultimately, prime minister.

Nominations open from 10:00 BST on Monday and close at 17:00 BST that day.  Mrs May remains acting leader while the contest takes place. Leadership candidates need eight MPs to back them. MPs will then vote for their preferred candidates in a series of secret ballots to be held on 13, 18, 19 and 20 June.﻿
Posted by Tony Ogunlowo at Friday, June 07, 2019