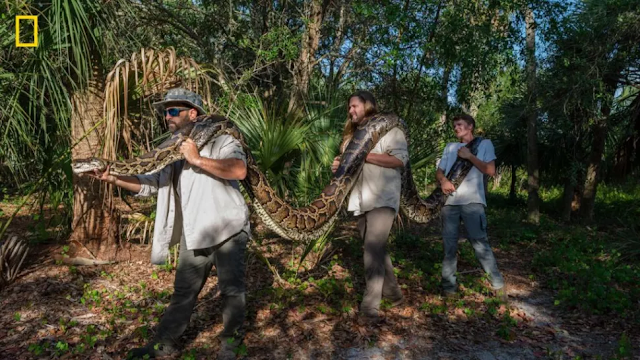 The largest Burmese python ever seen in Florida has been discovered

, lured out of its hiding place in the Everglades by researchers who used another python as bait, National Geographic reported(opens in new tab).

The gargantuan snake was a female, measuring nearly 18 feet (5.4 meters) long and weighing 215 pounds (97 kilograms) — 30 pounds (13.6 kg) more than the next-largest python ever found in the state. Most Burmese pythons (Python bivittatus) that are found in Florida range between 6 and 10 feet (1.8 and 3 m) long, although in their native habitats in Southeast Asia, the snakes commonly reach 18 feet long (5.4 m) and the largest can reach lengths of 20 feet (6 m) or more, according to the Florida Fish and Wildlife Conservation Commission(opens in new tab).