If You Want Success, Avoid These 7 Types of People ~ Don't let these people stop you from achieving your dreams. 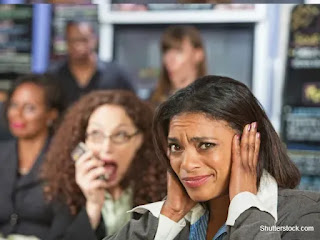 that “You are the average of the five people you spend the most time with.”

It’s a touch Machiavellian to choose your friends based solely on how useful they’ll be in achieving your goals. That’s not what Ferriss is implying. He’s saying that, when we consider the people we spend time with, we need to choose people who inspire us rather than people who hold us back.

The people in this latter category—the ones who hold us back—are numerous. We often call these individuals toxic people, and if you want to be successful, you need to maintain emotional and professional distance from them.

But even among the toxic people of the world, there are a few types that stand out. These are the ones who have the ability to bring your journey to success to a full stop. What’s worse, some can do this without you ever realizing it, creating atmosphere of strife, complexity, and stress in your life and workplace.

They key to keeping these people out of your life is the ability to recognize them, so let’s take a look at the 7 types of people you need to avoid if you want to be successful.

“Life is hard, and then you die,” says the pessimist. “It can’t be done. It’s unrealistic. You’ll fail and embarrass yourself. Don’t even try.”

The constant litany of negativity that streams from the mouth of this person can slowly convince even the staunchest optimist that they will never succeed. These people don’t just complain—they live with a misguided certainty that they, you, and everyone around them, will fail, and that it’s better to simply not begin in the first place.

These people will never go anywhere, and if you spend your time with them, neither will you. Even if you don’t adopt their negative views, you’ll begin to doubt yourself. You’ll start wondering if the risks involved in chasing your dreams are too high.

The pessimist may claim to simply be a realist, but the world they believe in is nothing but a dark fairy tale. The world is no more like than it is perfect—it’s somewhere in between.

Remember—your success is up to you. The pessimist has already given up control over  his or her life. Don’t let them convince you to do the same.

How true this is. Someone who is a gossip is small not only in mind, but in every way—they are petty, judgmental, and short-sighted.

They also have an uncanny ability to put your success in danger. It’s easy to fall in with gossips, allying yourself with them as they describe their latest foe’s latest foible.

What gossips don’t realize, though, is that while they’re wasting time on the negative aspects of other people’s lives, life is passing them by. Their time, energy, and focus aren’t spent on productive pursuits. And even worse, their words hurt the people around them. Get caught up with this kind of person, and people will quickly stop confiding in you.

Stay away from the gossip. They’re unkind, unproductive, and will hurt your chances for success.

No—we’re talking about voluntary ignorance, which is usually the result of ego, self-righteousness, or an unwillingness to adapt and learn.

Ignorant people work in absolutes. They think things should only be done one way, or that certain types of people are always trouble, or that change is never a good thing. Often, they refuse to learn from their mistakes, even when the facts are presented to them.

Stay away from the ignorant ones. They’ll feed you false information, trapping you into their own, flawed way of thinking. The greatest keys to success are adaptability and an eagerness to grow, learn, and allow your mistakes to be corrected.

Don’t let anyone take those from you.

There’s nothing more annoying than the complainer. On and on they’ll go, bemoaning even the most trivial problems in their lives. Unlike the pessimist, complainers don’t tell other people that their dreams and aspirations are meaningless. No—the complainer just highlights the difficulties in his or her own life. Incessantly.

The complainer doesn’t realize that almost all of the stuff they complain about is 100 percent within their ability to change. Yet they never try, choosing to talk about their difficulties, instead.

Stay away from these people. They’ll drain you quicker than you might think.

Negativity is like a disease. It slowly spreads outward, affecting everyone around the complainer. If you spend time with this person, you’ll find yourself either constantly exasperated, or, worse, beginning to focus too much on your own problems, as well.

Instead, get away from this person and realize that your life is yours to control. If something bothers you, use that as motivation to change it. Therein lies success.

Of all the toxic traits out there, this one might be the sneakiest. Imagine you have a friend. Let’s call him Herald. Herald puts in his 8 hours of work each day, comes home, and goes on a Netflix binge. He has a few dreams, some of which are similar to yours, but Herald does nothing to achieve them.

You start spending more time with Herald. On one outing you suggest that the two of you go to a coffee shop and work on your blogs together, and maybe head to a writing conference later.

But, no—Herald suggests that the two of you play a video game for the evening. When you hang out again, he says that you look like you need a “break from it all,” and suggests a night out drinking. He does nothing to progress that week, and neither do you. He never does nothing to inspire, motivate, or push you. This goes on.

And if you never distance yourself from Harold, it might go on forever.

There’s nothing wrong with enjoying some time off, but at some point, you have to hop back on the productivity train.

Working toward your dreams doesn’t have to feel like work. Sure, it may be hard, but if you believe in your path, it’s also a joy. If you can remember that, you’ll be far less likely to fall to the powerful gravitational pull of the lazy one.

The One Who Doesn't Dream

Some people just have no imagination. Their aspirations stop at getting to work on time, and they just can’t see themselves achieving anything great. They lack the ability—or simply refuse—to visualize things being any better than they are right now.

People who don’t dream aren’t necessarily pessimists. They don’t think that your big plans are impossible—they just don’t think consider them at all. Dreams are incomprehensible, alien, and sometimes frightening to them. And often, they’ll become resentful and feel left behind when you start in on our journey to success.

While often well-meaning, this type of person can end up holding you back just for the fact that they don’t inspire you. Spend a lot of time around them, and you’ll begin to lose the razor-sharp focus you need to keep pursuing whatever success means to you.

Give your time to the people who can dream with you, and who will encourage those dreams, and you’ll have that extra push exactly when you need it.

Where many of the toxic people on this list aren’t intentionally holding you back from achieving your dreams, the control freak wants to pin you down on purpose.

Maybe they see your ability and want to use you for their own gain, or love the thrill of controlling others, or simply think they know how to live your life better than you do. Regardless of their motivations, they try to dictate what you do with your life, resorting to manipulation or intimidation to make you act and think in a certain way.

This person is tricky, and will often pretend to be your friend. They’ll get to know you well, but they’ll use what they know to control you rather than to help you find your own way.

Stay away from the control freak by any means necessary, or you’ll soon find yourself living someone else’s life and dreams. You control you, and no one else get to do that.

Don't Let Anything Hold You Back

Everyone has moments, and even days, when they take on a few of these characteristics, but when they’re not dealt with, they become cemented as long-lasting personality traits. Remember—when people reach this stage, you can’t change them. They have to want to change, and so you’re best served by simply staying away rather than trying to beat them at their own games.

Don’t let these types of people drag you down and hold you back. You’ve got success to grab.