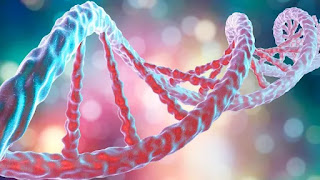 An artist's impression of a DNA molecule. A version of the gene LZTFL1, involved in the regulation of lung cells in response to infection, increases the risk of severe infection and death from COVID-19. (Image credit: KATERYNA KON/SCIENCE PHOTO LIBRARY via Getty Images)

Researchers have identified a version of a gene that doubles a person's risk of severe COVID-19 and doubles the risk of death from the disease for people under 60.

"It's one of the more prevalent genetic signals, so it's by far the most important genetic hit in COVID," said James Davies, a professor of genomics at the University of Oxford and one of the leaders of the new research.

No single gene can explain every aspect of someone's risk from a disease like COVID-19. Many factors play a role, Davies told Live Science. These include age, other health conditions and socioeconomic status, which can influence both how much exposure to the virus a person faces and the quality of health care they receive if ill. India, for example, experienced overwhelmed hospitals during its delta surge, and the country has a high prevalence of type 2 diabetes and heart disease, which played a huge role in the mortality rate in its population. But the risky version of LZTFL1 does seem to have a notable impact. For comparison, each decade of age between 20 and 60 doubles a person's risk of severe COVID-19.

That means that carrying the risky version of the LZTFL1 gene "is roughly equivalent to being 10 years older, in effect, for your risk of severity of COVID," Davies said.

Researchers first homed in on this gene using what’s called a genome-wide association study (GWAS). They compared the genomes of a group of patients who had severe COVID-19 — defined as those who had respiratory failure — with the genomes of a control group of participants who had either no evidence of infection or a history of infection with mild symptoms. This study revealed a suite of genes that were more prevalent in the severely impacted patients than in the control group.

But figuring out which of those genes actually conferred increased risk was not straightforward, said Jim Hughes, a professor of gene regulation at the University of Oxford who co-led the study. Variations in genes are often inherited as a block, making it hard to untangle which particular variation is responsible for an outcome, Hughes said. And while genetic sequences are present in every cell in the body, they affect only a few cell types.

Finally, the genetic sequences the researchers were trying to understand were not the simple, straightforward genes that provide the blueprint for a protein. Instead, they were so-called enhancer regions — noncoding sequences that regulate how other genes are expressed. An enhancer is a bit like a switch, turning target genes on and off and up and down at different times in different tissues, Hughes said.

Enhancer sequences are very complex, and to make matters worse, they are often nowhere near the genes they regulate. Imagine DNA all balled up, like tangled yarn, inside a cell nucleus: The enhancers just have to be in contact with the genes they control in that jumbled ball, meaning that if you were to stretch out the DNA, the gene switch and its target might be a million DNA base pairs away from each other. 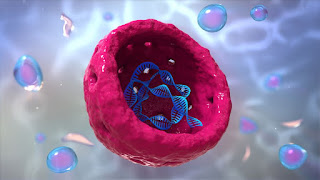