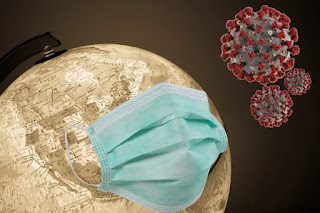 Striking research out of the University of Washington (UW) is estimating the global death toll from COVID-19 could be more than twice as high as official numbers show. Tracking overall 2020 mortality figures from around the world, the data indicates nearly 7 million people may have succumbed to the disease up to May, 2021.

One of the more reliable ways to calculate the true mortality rate of a pandemic is to study measures of excess death in a specific population. From year to year, overall mortality rates in a country are reasonably consistent, only rising relative to population growth. In the face of an unusual tragic event, be it a viral epidemic or a natural disaster, the amount of extra deaths that occur above the expected average can offer an insight into the mortality impact of that event.

Several studies published across 2020, focusing on excess death estimates in the United States, have indicated the true toll of the pandemic is probably much higher than the official numbers suggest. A report from the US Centers for Disease Control and Prevention published last October conceded current COVID-19 mortality figures, “might underestimate the actual number directly attributable to COVID-19, because deaths from other causes might represent misclassified COVID-19–related deaths.”

A new analysis from UW’s Institute for Health Metrics and Evaluation is presenting one of the most comprehensive investigations to date into total global COVID-19 mortality figures. The report doesn’t simply record all excess deaths as COVID-19 deaths. Instead, the methodology adjusts for a number of factors, including reductions in traffic fatalities due to decreased population mobility and increases in mortality rates due to opioid abuse.

“IHME estimated total COVID-19 deaths by comparing anticipated deaths from all causes based on pre-pandemic trends with the actual number of all-cause deaths during the pandemic,” the institute reported in a recent statement. “This 'excess mortality' figure was then adjusted to remove deaths indirectly attributable to the pandemic (for example, due to people with non-COVID conditions avoiding health care facilities) as well as deaths averted by the pandemic (for example, declines in traffic deaths due to lower mobility). The resulting adjusted estimates include only deaths directly due to the SARS-CoV-2 virus, which causes COVID-19.”

IHME’s country by country breakdown estimates the United States currently has the highest COVID-19 death toll in the world, with 905,289 (the official current reported deaths at the time of the study were 574,043). However, in terms of under-reporting of deaths, several other countries were shown to have incredibly high levels of pandemic mortality.

Overall, the new report estimates global COVID-19 deaths could be more than double the current official count of around 3.3 million.

“As terrible as the COVID-19 pandemic appears, this analysis shows that the actual toll is significantly worse,” says Chris Murray, director of IHME. “Understanding the true number of COVID-19 deaths not only helps us appreciate the magnitude of this global crisis, but also provides valuable information to policymakers developing response and recovery plans.”

In a briefing with reporters discussing the new findings, Murray said it is likely by the end of the pandemic COVID-19 mortality figures will rival what the world saw a century ago with the Spanish Flu. A study last year found COVID-19 to be at least as fatal, if not more so, than the Spanish Flu strain of influenza, which is generally estimated to have killed between 20 and 50 million people.

Whether the numbers cited in the new IHME report are accurate or excessive, there is little argument that official mortality figures are lower than the true toll. Anthony Fauci, the White House’s chief medical advisor, was recently asked about these mortality estimates on NBC’s Meet The Press. He noted the numbers were certainly higher than he would have predicted, but agreed current official figures are under-counting the true death toll from COVID-19.

"That's a bit more than I would have thought the under-counting was," said Fauci. "But I think there's no doubt ... that we are and have been under-counting."