No-deal Brexit 'would lead to a collapse of the United Kingdom', EU president Jean-Claude Juncker says. 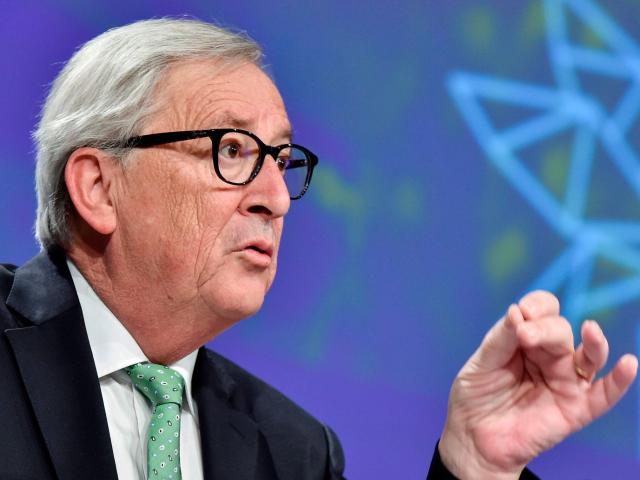 A no-deal Brexit would lead to the "collapse" of the United Kingdom, the president of the European Commission has warned.
Jean-Claude Juncker's intervention came as relations between Downing Street and Brussels hit a new low, following a row over hostile briefings emanating from No.10.
In an interview with a French newspaper Mr Juncker reiterated Brussels' accusations that the UK was engaging in a "blame game" and warned the consequences could be dire.
"I do not accept this ‘blame game’ of pinning the eventual failure of the negotiations on the EU," he toldLes Echos.
“If that’s the case, the explanation is actually in the British camp because the original sin is on the islands and not on the Continent."
Addressing the prospect that the parties would not come to an agreement, he warned: “Nobody would come out a winner in this scenario. A no-deal Brexit would lead to a collapse of the United Kingdom and a clear weakening of the roots of growth on the Continent.”

Aside from the economic chaos a no-deal would cause, polls suggest it would create a groundswell of support for a united Ireland and Scottish independence. A poll conducted last month even showed that four in ten voters in Wales would support independent to stay in the EU.
The Commission president also warned that the future relationship between the UK and EU was on course to be "less intimate than with Canada" – a reference to the scope of a planned Free Trade Agreement. Under Boris Johnson the UK has tried to jettison "level playing-field" provisions agreed to by Theresa May that the EU requires for a close economic relationship, including on environment, food regulation, state aid, and safety standards.

On Tuesday Mr Juncker's colleague Donald Tusk, the president of the European Council, accused Mr Johnson of playing a "stupid blame game" after anonymous No.10 sources tried to paint the EU side as intransigent and responsible for the lack of movement. Tempers were raised further after Downing Street briefed an account of of a conversation with Angela Merkel, which her office declined to confirm.
Mr Johnson spoke to Irish prime minister Leo Varadkar on Tuesday night, after which the situation appeared to calm down.

Following a meeting with EU negotiator Michel Barnier in Brussels, Irish deputy prime minister Simon Coveney told reporters: "I believe that the prime minister wants to find a way of doing a deal. We believe him in that."
But he added: "We want to find a way of getting a deal too but certainly there are some in the UK who seem to be planning for a general election ahead of trying to plan to get a deal - In context of some of the pressure that has been put on and some of the commentary that we’ve seen.
"To be honest with you we are just ignoring all of that. Domestic politics in the UK is really a matter for Britain. What we are focusing on is trying to close a gap between two negotiating teams."