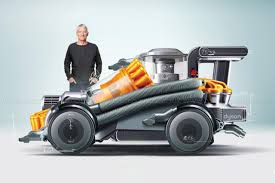 Dyson has cancelled its new electric car project before production had even begun.
The company employs 523 people in its automotive division, most of them in Britain where engineers at sites in Malmesbury and Hullavington, in Wiltshire, have been working on the project.
Dyson said the company was working to find alternative roles for as many as possible of them elsewhere in its business - which is best known for making vacuum cleaners as well as air purifiers, fans and hair dryers.
The company has previously said it planned to manufacture the car at a new facility in Singapore and not in Britain.
Founder Sir James Dyson, in an email to his staff, claimed the company had successfully developed an electric car but could "no longer see a way to make it commercially viable."

Advertisement
The car was the centrepiece of Dyson's £2.5bn investment in technology.
Sir James said: "We have been through a serious process to find a buyer for the project which has, unfortunately, been unsuccessful so far.


"This is not a product failure, or a failure of the team, for whom this news will be hard to hear and digest.
"We are working to quickly find alternative roles within Dyson for as many of the team as possible and we have sufficient vacancies to absorb most of the people into our Home business.
"For those who cannot, or do not wish to, find alternative roles, we will support them fairly and with the respect deserved."
Dyson had announced plans to mass produce a new electric car at a time when the wider UK automotive sector was gripped by fear over the potential impact of Brexit.
The company had committed to spending £2bn on developing solid-state battery technology to power the vehicles and had late last year said that the vehicle was "on track" for production.