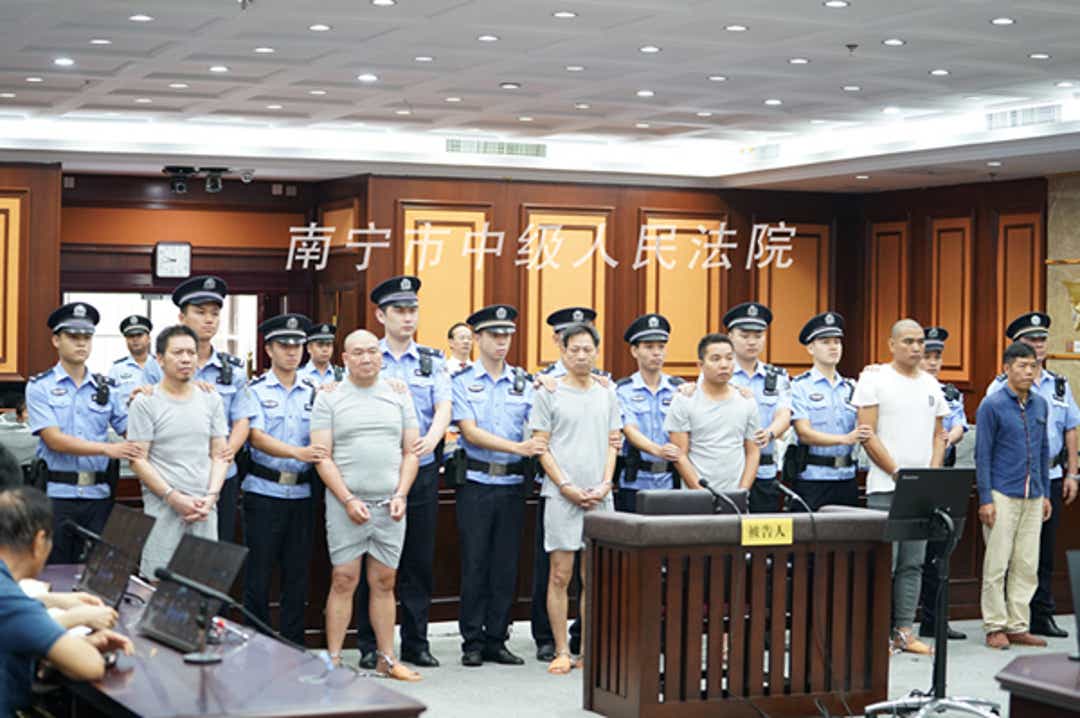 Chinese officials charged six men — including five hitmen — with "intentional homicide" last Thursday, after all individuals attempted to subcontract the killing to another hitman.

All five hitmen were sentenced to between two to four years in prison in a court in the Guangxi region, while the developer who requested the hit, was sentenced to five years.
The intricate, would-be job was first contracted by real estate developer Tan Youhui in October 2013, who, according to CNN, wanted to kill a rival developer who sued his company over a dispute over a development.
Tan paid Xi Guangan around $282,800 for the job. Xi then took the money, and used half to hire another hitman, Mo Tianxiang, to do the job, a release from Nanning Intermediate People’s Court said.

Six men — including five hitmen — have been charged with “intentional homicide” in Chinese court last Thursday, after all individuals attempted to subcontract the killing to another hitman.
Nanning Intermediate People’s Court
In April 2014, Xi asked Tan for another $141,000 — which would be paid after the job, the court said in a release. Around the same time, Mo subcontracted another hitman, Yang Kangsheng — paying him around $38,000 upfront and promising around $71,000 when the murder was completed. The court added that Mo gave Yang a phone with the rival developer's photo, a note with his license plate number and a printed photo of him.
Yang then offered the job to a fourth man, Yang Guangsheng, with a similar up-front payment of around $28,000 and another $71,000 when the job was done, the court said.
At the end of April, the second Yang ended up tasking the hit to a fifth man, Ling Xiansi, for a measly $14,000. Ling, rather than kick the proverbial can down the road to another hitman, ended up reaching out to the rival developer to tell him about the hit out for him, authorities say.
Ling and the developer ended up faking the murder, staging an image of the developer with his hands tied — which then circulated through the chain of hitmen back to Tan, the businessman who hired the first hitman.
The developer, however, reported his would-be murder to police.
The court, in a post shared on the social media platform WeChat per the Guardian, said that the defendants "deliberately deprived others of their lives, and their actions constitute the crime of intentional homicide."