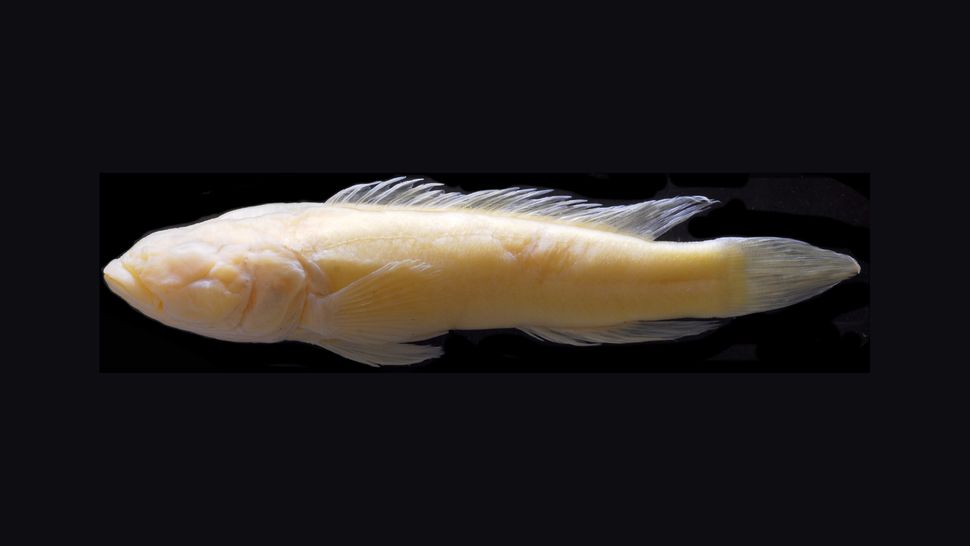 A mysterious case of dying fish in the lower Congo River helped scientists discover that this body is the deepest river on the planet. It's also a place where raging rapids, powerful currents and even submerged "waterfalls" divide the water, much as mountain ranges can separate habitats on land.

These impassable river barriers isolate fish populations and have shaped the emergence of hundreds of species, according to research presented on Dec. 12, 2019, here at the annual meeting of the American Geophysical Union (AGU).
Scientists' first glimpse into the lower Congo's depths began more than a decade ago, when they spotted pale, blind fish that appeared only when dying or dead. It turned out, those fish were killed by the bends, or decompression syndrome, in which air bubbles form in the blood and in body tissues.
In the researchers' effort to understand how that was possible, researchers discovered that parts of the river bottom lay many hundreds of feet below the surface — deeper than in any river on Earth.

Melanie Stiassny, a curator in the Department of Ichthyology at the American Museum of Natural History in New York City, studies the biodiversity and evolution of fish in the turbulent rapids of the lower Congo, the final 200-mile (322 kilometers) span before the river empties into the Atlantic Ocean in the Democratic Republic of Congo. Stiassny led the research investigating the puzzle of the dying fish.
More than 300 species of fish are found in the lower Congo alone, Stiassny said at the AGU meeting. The rapids there are so powerful that they physically separate fish populations, driving new species to evolve even when there isn't much physical distance separating the animals from their close relatives.
But even among this multitude of species, one notable example stood out.
"In one place, we found this particularly weird fish," Stiassny said. "It's a blind, depigmented cichlid — it looks very much like a cave fish, but there are no caves in the river." She and her colleagues puzzled over why they couldn't find any living individuals of this fish, until Stiassny detected a vital clue in a fish that was barely alive.
"As it died in my hand, bubbles formed under its skin and over its gills," a sure sign of decompression syndrome, Stiassny said. During a rapid rise from very deep water to shallower depths, pressure drops steeply and causes dissolved gases to form bubbles inside the body. If left untreated, this condition can be fatal.
That introduced a question the researchers hadn't previously considered: Could there be deep water — really deep water — in the lower Congo?

To find out, the scientists sent intrepid kayakers over the rapids in 2008 and 2009, deployed with equipment to measure the river depths. These researchers also used an instrument called an acoustic current profiler to measure the currents' direction and speed throughout the water column.
"The results that we got were quite astounding: It's deep. It's very deep," Stiassny said.
The river bottom of the lower Congo lies more than 650 feet (200 meters) below the surface, according to findings published in 2009 by the U.S. Geological Survey.
Their data also showed that powerful currents cycled through the water, creating strong jets that shoot from the river bottom up to the surface. A small fish living near the bottom that swam into one of those jets would be rapidly launched to the surface hundreds of feet above, where it would die of the bends, Stiassny explained.
While the mystery of the dying fish may have been solved, there is still much to discover about this unique river location and the animals that live there. Intriguingly, some of the fish populations that are isolated from each other have nonetheless evolved similar traits, in a process known as convergent evolution. How that happens in this unique and extreme environment is the next big question that Stiassny and her colleagues are diving into, she told Live Science.