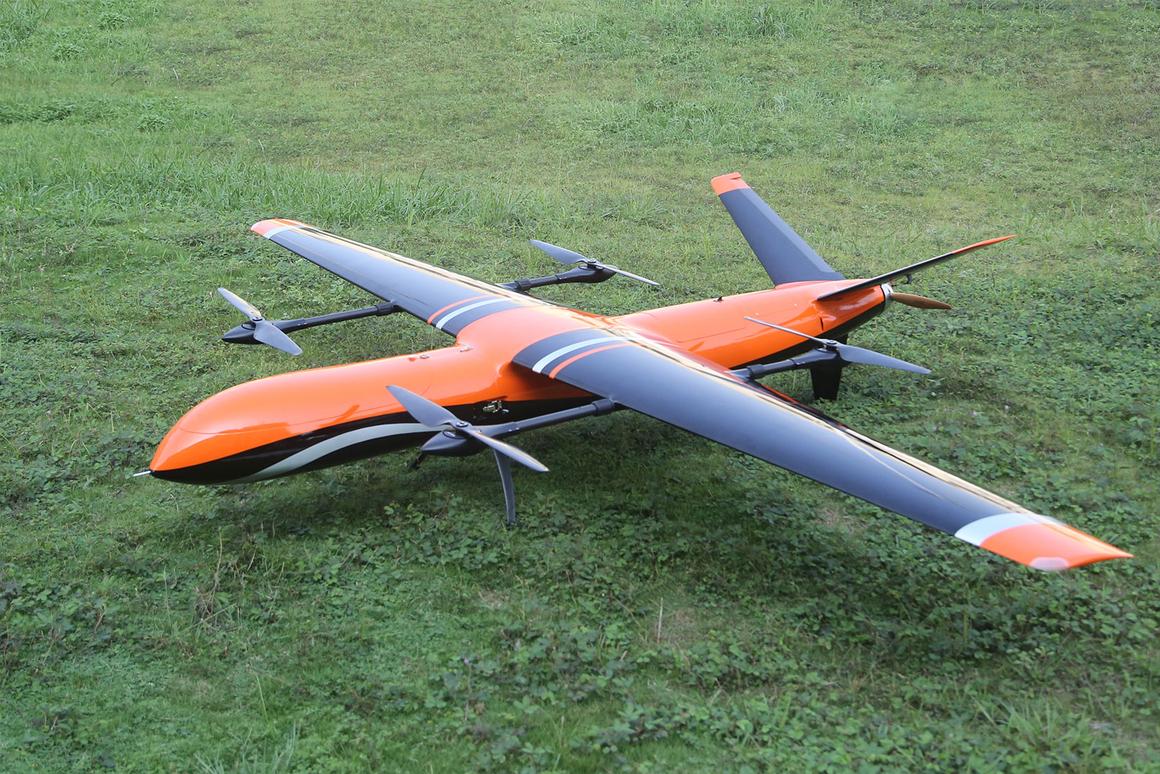 China's MMC UAV launched a new hydrogen-powered vertical take-off and landing drone – or hydrone - at InterGEO 2019 in Germany last week, that has a flight time of up to 15 hours.
The Griflion H VTOL is built around a proprietary hydrogen fuel battery that's reported to offer a 15-hour flight time without a payload, or 10 hours carrying 3 kg (6.6 lb) of cargo. It lifts off using two rotors mounted to each wing, and then moves forward courtesy of another rotor to the rear.
Developed for survey, mapping, rescue, security, and forest scouting missions, MMC UAV says that in mapping applications in particular – where aircraft can undertake a number of take-offs and landings during the same mission – the Griflion H outperforms other drones in the marketplace by a significant margin.