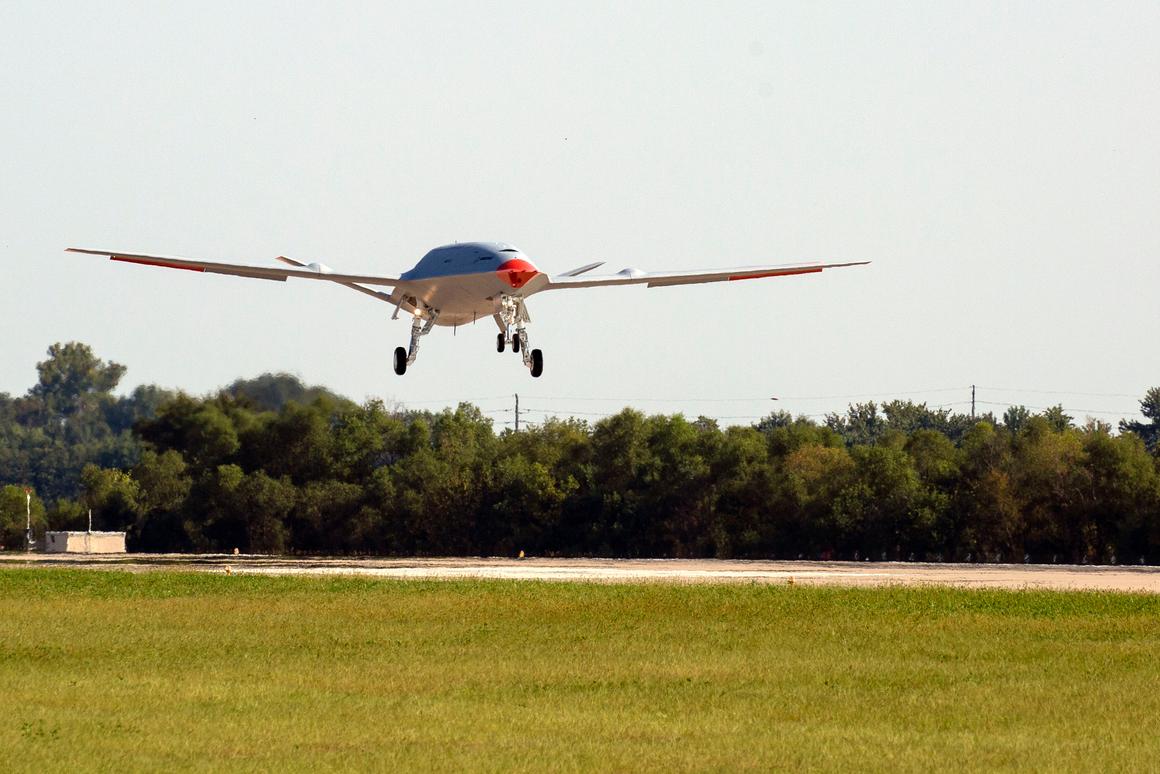 Boeing's MQ-25 in action at MidAmerica St. Louis Airport
An advanced unmanned aircraft designed to refuel the US Navy’s fighter jets in mid-air has taken to the skies for the first time. Boeing unleashed an early version of its MQ-25 autonomous drone at an airfield in St Louis for a short test jaunt to demonstrate some basic functions, as the aerospace company prepares to deliver the military its first prototypes in the next couple of years.
Boeing’s MQ-25 Stingray program has been in development, in various forms, since 2006. Last September the company beat out competing proposals from Lockheed Martin, Northrop Grumman and General Atomics Aeronautical Systems to earn an US$805-million contract with the US Navy. The military hopes to use it as an airborne refueling platform to extend the range of its F/A-18 Super Hornet, EA-18G Growler, and F-35C Lightning II aircraft.
Operating under the name T1, the prototype MQ-25 performed an autonomous flight over the course of two hours at MidAmerica St. Louis Airport on September 19, with test pilots controlling it as needed from a ground station. The aircraft showed its taxiing and takeoff abilities, and was then made to follow a pre-determined route to demonstrate basic flight functions.

“Today’s flight is an exciting and significant milestone for our program and the Navy,” said the Navy’s Unmanned Carrier Aviation Program Manager Capt. Chad Reed. “The flight of this test asset two years before our first MQ-25 arrives represents the first big step in a series of early learning opportunities that are helping us progress toward delivery of a game-changing capability for the carrier air wing and strike group commanders.”
Under the contract, Boeing will follow this prototype with the delivery of four so-called engineering development model MQ-25s two years down the track. The contract also includes an option to produce a total of 72 MQ-25s for the military at a cost of $13 billion, depending on how things pan out. For now, it will continue its testing of the T1 prototype to detect and iron out any kinks.


Check out the test flight in the video below.