5 Christian Billionaires You Didn’t Know About . 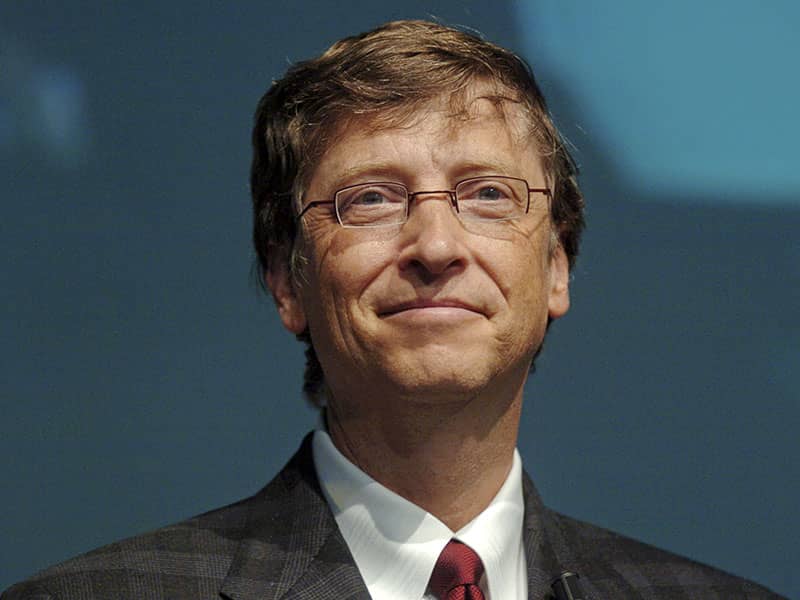 Being a billionaire is an impressive achievement.
Creating an empire that brings in that amount of money is no easy feat and takes an incredible amount of determination, motivation and skill. What is even more impressive, though, are the billionaires that are also Christian.

In the Bible, Christians are told over and over again about how the money is the root of all evil. It can bring about greed, wrath, and gluttony. Even small amounts of money can cause people to fall into the hole of sin. There are countless stories in the media about businessmen or celebrities that are prideful and stuck-up due to their power and wealth. This completely goes against what God wants for each of us and it makes these Christian billionaires that much more inspiring.
Learn who these people are, what they own, and how the Christian faith helps them deal with success.

Bill Gates is one of the richest people on this earth, and he is incredibly generous with the money he earns. His organization, The Gates Foundation, is dedicated to eradicating diseases and helping the world’s most poor, and he’s committed to giving away almost his entire fortune. Part of the reason he donates so much is based on his religious principles. He said in an interview with Rolling Stone: "The moral systems of religion, I think, are super important. We’ve raised our kids in a religious way; they’ve gone to the Catholic church that Melinda goes to and I participate in. I’ve been very lucky, and therefore I owe it to try and reduce the inequity in the world. And that’s kind of a religious belief. I mean, it’s at least a moral belief."

Do Won Chang and Jin Sook

You might not know Do Won Chang or his wife Jin Sook's name, but you know their brand. The Chang's own Forever 21, one of the largest retail chains for young girls. The two are born-again Christians that go to church at 5am every morning to pray. Sook was once quoted that when the family first immigrated to America she went to the top of a mountain to pray, and God told her to open a store. Mr. Chang is famous for keeping a Bible open on his desk, and at the bottom of every Forever 21 carrier bag, it read "John 3:16".

Mark Zuckerberg is best known for finding the largest social media platform in the world, Facebook. He was previously very vocal about his atheist beliefs, and while he's not completely confirmed as a Christian yet, he is well on the way. Zuckerberg was raised Jewish, and went through a period where he questioned things. He now believes that "religion is very important." Zuckerberg even met with Pope Francis to discuss how to bring technology to more parts of the world, and was quoted saying that he was impressed by the Pope's compassion. “We told him how much we admire his message of mercy and tenderness, and how he’s found new ways to communicate with people of every faith around the world,” Zuckerberg posted.

The Walton Family is best known for their Walmart and Sam's Club stores, but they also have spoken out about their Christian faith. The late Sam Walton had a deep Presbyterian faith that he used as a basis for all his business decisions. Walmart has long made efforts to reach out to the religious community, including hiring a former nun to govern company policies or inviting church officials to its corporate headquarters to help combat negative publicity. Bethany Moreton, assistant professor of history and women’s studies at the University of Georgia, said Walton worked into the company’s corporate structure the idea of “service leadership” that ties worker roles into the concept that “Christ was a servant leader,” and emphasizes the importance in Christian tradition of serving others.

David Green is the owner of the famous arts and crafts store, Hobby Lobby. However he insists that he's not the true owner of his $3 billion chain, but rather God is. "If you have anything or if I have anything, it's because it's been given to us by our Creator," says Green. "So I have learned to say, 'Look, this is yours, God. It's all yours. I'm going to give it to you.'" Green gives back so much of his fortune, that he is the largest individual donor to evangelical causes in America. When asked how he keeps his work and business separate, he said he doesn't: "You can't have a belief system on Sunday and not live it the other six days."
Despite sitting on mountains of money, these celebrities and businessmen are sharing their love of God with the world. They are giving back to their communities in huge ways through their larger than life donations. It shows how God can work through people to help those most in need. These billionaires can be of great inspiration everywhere.