A gun-toting girlfriend is accused of accidentally shooting her boyfriend dead as she posed with
a rifle for a Snapchat story.

Autumn King, 20, was aiming the gun directly at her partner, Eric Allen, 26, but unintentionally pulled the trigger, sending a bullet hurtling into her partner’s chest, police said.
Police found Allen the fatal gunshot would on December 23 in the couple’s Austin, Texas home and King was charged with manslaughter.

King told police, ‘She had the rifle pointed towards Eric and that the assault rifle “went off,'” according to court documents.
‘Autumn said that Eric dropped to the ground, but Autumn thought that Eric was “playing,” and she told him to get up.’

King told investigators that ‘she was trying to be like Bonnie and Clyde.’ and said ‘I didn’t even pull (the trigger), I just barely touched it.’
Authorities also said that there were two children in the home at the time of the shooting,  The Gainsville Sun reported.
After she noticed Allen was bleeding from the nose and mouth, she tried to drag him to the car, but he was too heavy so she ran outside to call police. 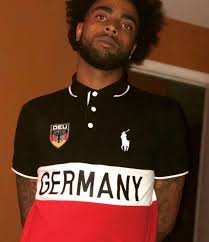 King told police that the gun was her boyfriend’s, who always told her they were unloaded – but she said she did not always believe him.
Investigators later searched a phone found at the scene and discovered video of the couple arguing for more than 15 minutes before the 911 call was made.
‘Based on what the video shows the argument between the two is about them both cheating on each other and justification for doing so,’ detectives wrote.
Police said the gun that killed Allen was a Mossberg .22 rifle and had a five-pound trigger pull that was working properly.
King has been charged with second-degree manslaughter and was booked in Travis County Jail Monday.
Posted by Tony Ogunlowo at Wednesday, January 16, 2019