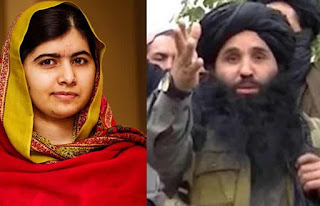 According to a statement attributed to U.S. Forces-Afghanistan spokesman Lt. Col Martin O’Donnell, the U.S. carried out a ‘counterterrorism strike’ on Thursday in the border region between Afghanistan and Pakistan targeting ‘a senior leader of a designated terrorist organisation.’

Pakistan’s military refused to comment on the report of Fazlullah’s death saying any information would have to come from Washington. But Fazlullah’s death would be welcome news in Pakistan, where the government has repeatedly complained that Fazlullah and his Tehrik-e-Taliban had found safe havens across the border in Afghanistan.

Meanwhile, Kabul and Washington both complain that Pakistan has for years allowed Afghanistan’s Taliban free movement as well as medical treatment for battlefield wounds. Malala’s open call for girls’ education and criticism of the Taliban infuriated Fazlullah, who ordered her assassination when she was only 14. She has often said that Fazlullah’s attempts to silence her backfired and instead he amplified her voice around the world.

Malala has since gone on to gain a place at Oxford University where she is studying Philosophy, Politics and, Economics. (PPE)
Her return to her hometown earlier this year seemed a particular triumph as it was also to open a school funded by a charity she established to promote girls’ education globally. A ruthless leader, Fazlullah ordered the bombing and beheadings of dozens of opponents when his band of insurgents controlled Pakistan’s picturesque Swat Valley from 2007 until a massive military operation routed them in 2009. Survivors of the attack told of insurgents roaming through the school shooting their victims, some as young as six years old, in the head. His exact age is not known but he was believed to be in his late 30s.﻿
Posted by Tony Ogunlowo at Saturday, June 16, 2018