World's largest plane soars to its highest altitude yet 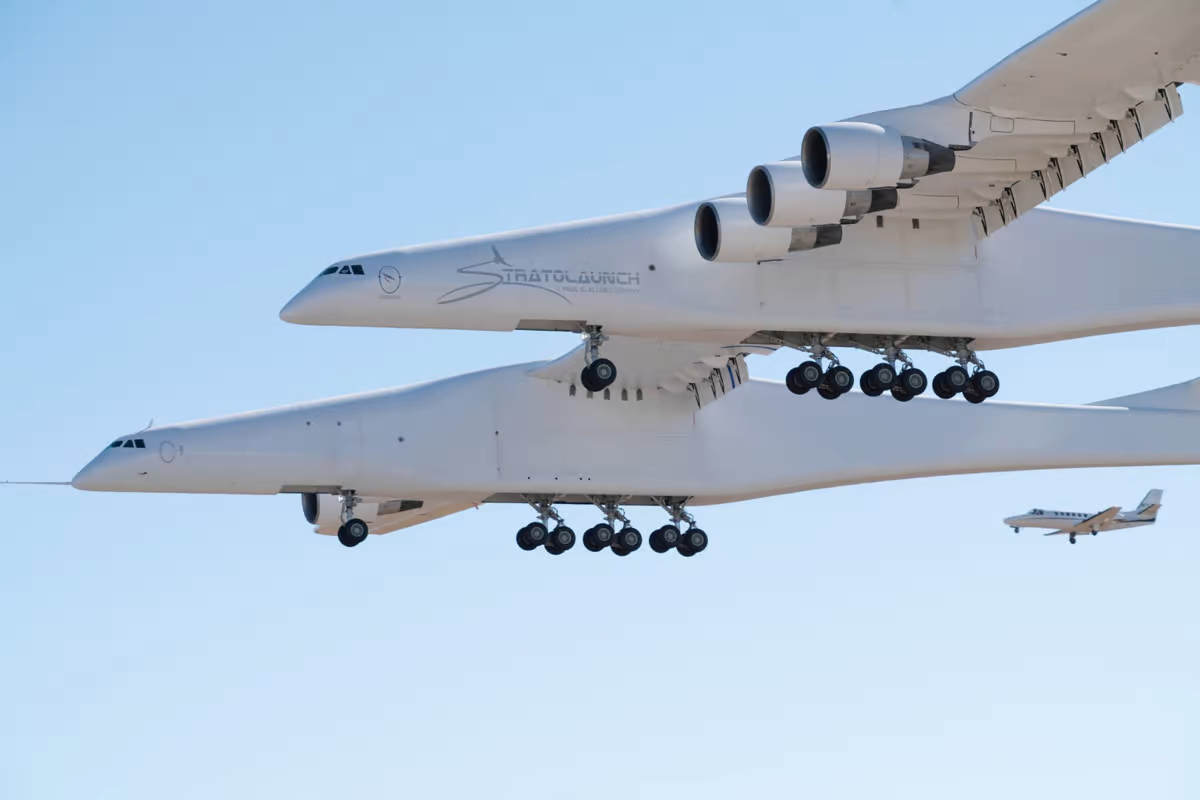 The world's largest flying aircraft has reached new heights, with Stratolaunch today completing the seventh test flight of its gigantic Roc carrier plane and logging a record altitude for the huge aircraft in the process. The exercise was also used to test the in-flight performance of recently installed pylon hardware, which will launch smaller hypersonic aircraft from altitude and send them across the skies at speeds of over Mach 5.

California's Stratolaunch originally designed Roc to carry rockets and satellites into the stratosphere from where they would then be fired into low-Earth orbit. A recent shift in strategy has seen the massive plane, which features six Boeing engines, two side-by-side fuselages and a wingspan of 385 ft (117 m), repurposed as a carrier for hypersonic research vehicles.

In 2020, the company offered a first look at what these vehicles will look like, revealing a concept called the Talon-A. It is designed for swift and repeatable hypersonic flights with an ability to take off and land itself on a runway, in addition to being launched from the Roc carrier aircraft. The company unveiled a test version of this hypersonic vehicle last moth, called the TA-O. 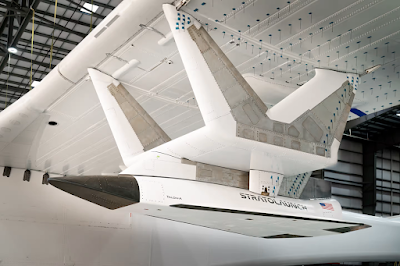 The TA-0, attached to the pylon which will both carry and release it
Domenic Moen/Stratolaunch
Meanwhile, Stratolaunch has been busy fitting out the Roc aircraft with the pylon hardware needed to carry Talon-A into the air. Made from aluminum and carbon fiber skins, the pylon features a winching system to lift the Talon-A into place and weighs around 8,000 lb (3,629 kg), while occupying 14 ft (4.3 m) of the Roc's center wingspan.
Since adding the pylon to aircraft, the company's testing program has focused on validating this new configuration in flight, and today it's reported success on a couple of fronts. The Roc plane lifted off for a three-hour flight over the Mojave desert, during which it reached the highest altitude seen throughout testing so far, at 27,000 ft (8,200 m). 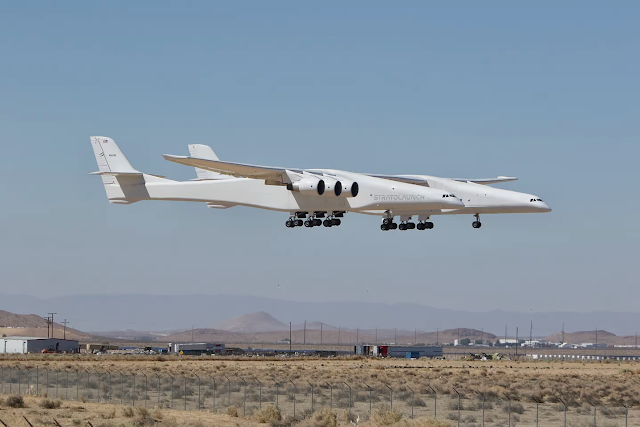 The flight also built on recent testing exercises by further validating the aircraft's general performance and handling with the pylon onboard, and further validated the landing gear functionality, according to the company. Having also successfully integrated the TA-O test vehicle into the carrier aircraft for the first time, the company plans to conduct its first full release during a flight later this year.