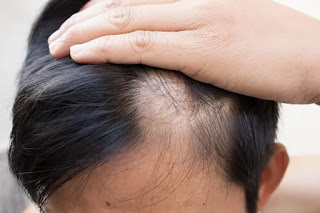 In pursuit of a treatment for alopecia areata, an autoimmune disorder that causes hair loss, scientists have found new success by repurposing a common arthritis drug. An impressive portion of trial participants were able to regrow their hair following regular doses of the medication, offering fresh hope for an approved treatment for the condition.

Alopecia areata is the result of the immune system attacking hair follicles, causing patchy hair loss to particular areas of the scalp, or sometimes the eyebrows and lashes. It is the type famously suffered by the actress Jada Pinkett Smith, but in fact around 200,000 new cases occur in the US every year, mostly affecting those under the age of 40. There are currently no FDA-approved treatments for the disorder.

Scientists at Yale University have been exploring the potential of a common rheumatoid arthritis drug called baricitinib as a solution, based on the premise that it is an autoimmune treatment that could interrupt the cytokine signaling that harms the hair follicles. Their latest trials involved around 1,200 people with severe alopecia areata, who had lost at least half of their hair as a result. 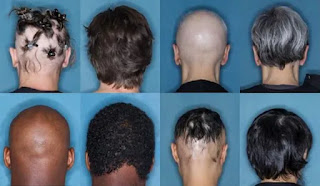 “This is so exciting, because the data clearly show how effective baricitinib is,” said Dr. Brett King, who led the research. “These large, controlled trials tell us that we can alleviate some of the suffering from this awful disease.”

With these results, the researchers are optimistic about the prospects of baricitinib progressing from Phase 3 trials to an FDA-approved treatment for alopecia aereta, but there is someways to go yet. The clinical trials are still ongoing, as the researchers work to ascertain the effectiveness and safety of long-term treatment regimes. Nonetheless, the signs are promising.

“Alopecia areata is a crazy journey, marked by chaos, confusion, and profound sadness for many who suffer from it,” King said. “It will be incredible to have a medicine to help people emerge on the other side, normalcy restored, recognizable again to themselves and those around them.”

The research was published in The New England Journal of Medicine.