Meat Loaf: Bat Out Of Hell singer dies at 74 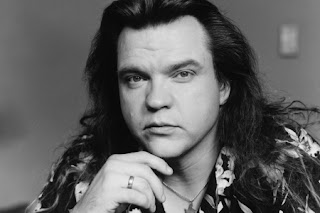 wouldn't be controlled by mask mandates in a haunting interview five months ago that was made more poignant by his death from the virus on Thursday.;

The singer, 74, died on Thursday surrounded by his family. TMZ cites sources who say he died after becoming critically ill with COVID-19.

It remains unclear whether or not he was vaccinated - he refused to disclose it to fans, and urged them all not to talk politics when coming to his shows.

But in an interview last August, he said he was against politicians trying to force restrictions on people. The singer asked the journalist from the Pittsburgh Post Gazette whether or not they'd like a hug.

'I’m happy to give you a hug. I hug people in the middle of COVID,' he said. The reporter replied: 'You do? You're not afraid?'

Meat Loaf, who was severely asthmatic and battled a range of other health issues before the pandemic, said: 'Oh, I’m scared to death! You kidding me? But I'm sorry, I understood stopping life for a little while, but they cannot continue to stop life because of politics. And right now they're stopping because of politics. And on CNN last night, it finally came out that the masks we’re all wearing are useless. But I've known that for six months. They don't do anything. They don't stop you from getting COVID. They're just a nuisance and make your nose itch and make it so you can't breathe.'

The reporter said: 'Oh, God. We're being controlled by everybody' to which he replied: 'Yeah, I know. But not me. If I die, I die, but I'm not going to be controlled.'

Sources told TMZ that he would also rail against vaccine mandates, particularly in Australia.