11 Things Highly Intuitive People Do Differently ~ Are you in tune with your "gut feeling"? 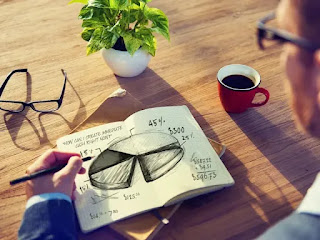 Even if you don’t realize it, we all have been gifted with intuition,

which some people know as that “gut feeling” they sometimes get. Our intuition basically serves to keep us safe and help us to make informed, heart-based decisions. It informs us of impending dangers, and guides us through life so that we can grow into our highest selves.

Even Steve Jobs, considered one of the most prosperous businessmen in history, said that, “intuition is a very powerful thing, more powerful than intellect, in my opinion. That’s had a big impact on my work.”

We all have this innate ability to make decisions based on our intuition, but some of us have a better connection to that inner voice than others. If you tend to listen to your heart when faced with a difficult decision, then you probably do these things differently.

They listen to their highest self.

Highly intuitive people simply don’t ignore their instincts; rather, they listen to them fervently, and make decisions almost exclusively from this source of wisdom. Many people still feel skeptical about intuition, but some swear by it. If you don’t want to jump on the “intuitive” bandwagon yet, consider this story: While cleaning her house, one woman got a sudden gut feeling to call her mom. This inner voice told her that her mother had taken pills and that she needed assistance immediately. Sure enough, the woman hailed the nearest cab and went to her mom’s house, only to find that she had overdosed on a box of pills. She called an ambulance and saved her mother’s life, having her intuition to thank.

So, highly intuitive people don’t care if others think their “inner voices” sound crazy; they listen anyway, and in some cases, this could make the difference between life and death.

According to Sophy Burnham, bestselling author of the book “The Art of Intuition,” the majority of intuitive people are introverts.

This makes sense, because introverts cultivate energy from within, and they can’t hear their intuition without getting some quiet time alone. We live in a noisy world, so both introverts and intuitive people find their escape within. Also, highly intuitive people never feel lonely in their own company; they actually look forward to spending time alone and catching up with the latest insight in the universal realm.

They love to great creative.

Musicians, artists, fire-breathers, dancers, writers, and all creators have one thing in common: they allow their creativity to guide them effortlessly through life, and never question if it makes sense or not.

Actually, following their passions makes perfect sense to creative folk, because they know that their creativity makes them feel alive, and we came here to feel nothing less. Nurturing that inner creativity will allow life force to flow through you, something that intuitive people have already figured out.

Intuitive people have a high level of self-awareness, meaning they have become acutely in tune with their inner feelings and outlook on themselves. They have mastered this through some sort of peaceful spiritual practice, which allows them to shut off the outside world for a bit and only pay attention to that blissful inner knowing.

They pay attention to their surroundings.

Just like they pay close attention to their inner world, the intuitive person looks at the outside world with the same open eyes and heart. They can connect deeply with others, because they’ve learned how to do so within themselves.

This doesn’t mean that every ache and pain calls for drastic measures, but intuitive people know they must pay attention to how they feel in order to care for themselves. They don’t call intuition a “gut feeling” for no reason; in fact, scientists have discovered that our gut is essentially a second brain because of the sheer number of neurons lining the intestinal walls.

Furthermore, some experts believe that our gut instincts are more effective and efficient than logical analysis in our decision-making process, according to a study performed by researchers from Boston College, Rice University, and George Mason University.

So, intuitive people don’t care how fast the world moves or how many demands people have of them; they will always take time to listen to that inner guidance.

They empathize with others.

Highly intuitive people have a knack for understanding how others feel, and can offer advice and guidance when necessary. People often come up to them to share intimate details from their lives, because they instantly feel comfortable in the intuitive person’s company.

Intuitive people can also read others without them having to say a word, which helps them further understand each individual.

They pay attention to universal messages.

The universe speaks to us in a variety of ways, and intuitive people know this. They don’t view anything as a coincidence, such as seeing the same numbers on a clock frequently, or seeing the same person at the mall each time. Everything contains meaning for the intuitive person.

Even though they relate well with others, intuitive people naturally put themselves as a priority so they can better serve others. They take time off work when needed, and create space each day for inner wisdom to flow through. They believe in working smarter, not harder, and have a difficult time understanding our work-obsessed society. Intuitive people make sure they get their needs taken care of first before attending to anything or anyone else.

They don’t swell on the negative.

Intuitive people know that their inner voice can’t flow with negative energy blocking the waves of knowledge and healing. So, the highly intuitive regularly balance their energies and release negative emotions in order to fully connect to their highest self.

These types of people don’t hold back their emotions, instead letting them flow and creating space for others to do the same. Intuitive people feel totally comfortable in their own skin, and don’t apologize for having human emotions. They celebrate them, and encourage others to join in the party!

Feature originally appearing on The Power of Positivity.
Posted by Tony Ogunlowo at Monday, December 06, 2021