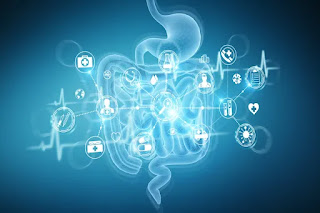 A number of recent studies have homed in on compelling associations between mental health and the microbiome. These insights into strange gut-brain connections have found links between depression and certain species of gut bacteria, and one study even found symptoms of schizophrenia could be transferred from mouse to mouse via fecal transplants.

But are these microbiome perturbations unique to specific psychiatric conditions, or is there a more common gut bacteria signature shared amongst several conditions?

To answer these questions a team of UK researchers looked at 59 case-control studies tracking gut bacteria diversity in adults with a variety of different psychiatric disorders, including depression, ADHD, anxiety, schizophrenia, OCD, PTSD and anorexia nervosa.

The study ultimately found there are microbiome signatures commonly shared by a number of different psychiatric conditions. In particular, those experiencing depression, anxiety, bipolar disorder and schizophrenia all displayed increased levels of a bacterium called Eggerthella, which has previously been linked to gastrointestinal inflammation. These four psychiatric conditions also were associated with decreased levels of Faecalibacterium and Coprococcus, two bacterial genera known to confer anti-inflammatory properties.

“While we haven’t managed to establish biomarkers for specific illnesses, we have found that there is a significant overlap between gut health and the prevalence of mental illness, specifically in relation to the predominance of certain proinflammatory bacteria compared to anti-inflammatory bacteria,” explains the study’s first author, Viktoriya Nikolova.

The researchers indicate these findings make clear the importance of paying attention to gut health in the treatment of mental health disorders. Plus, the links between inflammatory processes and mental illness are certainly strengthened by the study.

However, the researchers do warn against gut bacteria biomarkers being used to specifically diagnose certain psychiatric conditions. The biggest takeaway from this meta-analysis is the lack of evidence of bacterial biomarkers that can be specifically attributed to certain disorders.

“This review suggests a transdiagnostic commonality of microbial disturbances in MDD [major depressive disorder], bipolar disorder, anxiety, and psychosis and schizophrenia, characterized by depleted anti-inflammatory butyrate-producing bacteria and enriched proinflammatory bacteria,” the researchers conclude in the new study. “Researchers should interpret their findings within the larger context of psychiatric disorders to prevent unmerited claims of disorder specificity of gut microbial biomarkers.”

The new study was published in the journal JAMA Psychiatry.