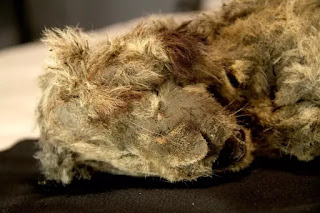 Sparta, the cave lion cub, was found in the Siberian permafrost and dates back around 28,000 years
Love Dalén
Scientists have discovered two exceptionally well-preserved cave lion cubs in the Siberian permafrost. Despite being tens of thousands of years old, the cubs are among the most complete Ice Age specimens ever recovered, right down to the whiskers, allowing close examination to determine how they lived and died.
Permafrost is excellent at preserving ancient life for thousands of years – in recent years scientists have recovered the remains of wolves and their pups, million-year-old mammoth DNA, and even managed to awaken worms and other microorganisms from their multi-millennia slumber.

But the new finds are particularly impressive. In 2017 and 2018 two cave lion cubs were hauled out of the permafrost along the banks of the Semyuelyakh River in Siberia, with their fur, skin, teeth, soft tissues and organs all mummified and intact. They lay 15 m (49 ft) apart, and appeared to be a male and a female, which the scientists nicknamed Boris and Sparta.

"Sparta is probably the best preserved Ice Age animal ever found, and is more or less undamaged apart from the fur being a bit ruffled. She even had the whiskers preserved,” says Love Dalén, co-author of the study. “Boris is a bit more damaged, but still pretty good.” 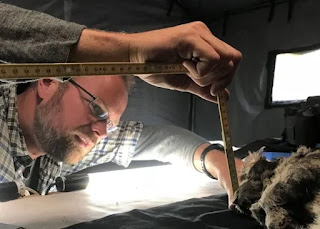 The condition of the animals allowed the team to take samples and determine their age using radiocarbon dating – and that led to a surprising revelation. The pair weren’t siblings at all, and despite their close proximity in space they weren’t very close in time. Sparta was dated to around 28,000 years ago, while Boris was more than 43,000 years old.

Based on their size and the development of their teeth, both appeared to be between one and two months of age when they died. The team says that burial must have happened suddenly for this level of preservation to take place, speculating that they may have been covered in a mudslide or perhaps fell into a crack in the ice. There was some damage to their bones, but nothing that suggested they fell victim to predators.

The researchers say that future work will involve trying to sequence Sparta’s entire genome, which could unlock more information about the cave lions, which were common and successful across multiple continents during the Pleistocene before they went extinct around 14,000 years ago.

The research was published in the journal Quaternary.