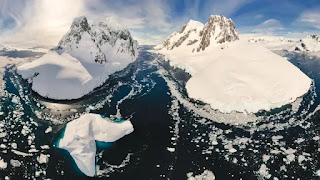 The Earth has finally attained popular recognition for its fifth ocean,

with a decision by the National Geographic Society to add the Southern Ocean around Antarctica to the four it recognizes already: the Atlantic, Pacific, Indian and Arctic oceans.

Although the designation of the frigid waters around the icy southern continent as a separate ocean has kicked around for almost 100 years and is widely used by scientists, until now it has not had popular backing.

But on June 8 — World Oceans Day — the society announced it would henceforth be labeling the Southern Ocean as the fifth ocean on its maps of our planet.

"The Southern Ocean has long been recognized by scientists, but because there was never agreement internationally, we never officially recognized it," the society's official geographer Alex Tait told the National Geographic website. "It's sort of geographic nerdiness in some ways."

One of the biggest impacts would be on education, he said: "Students learn information about the ocean world through what oceans you're studying. If you don't include the Southern Ocean, then you don't learn the specifics of it and how important it is." 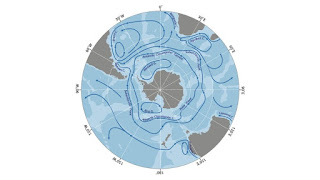