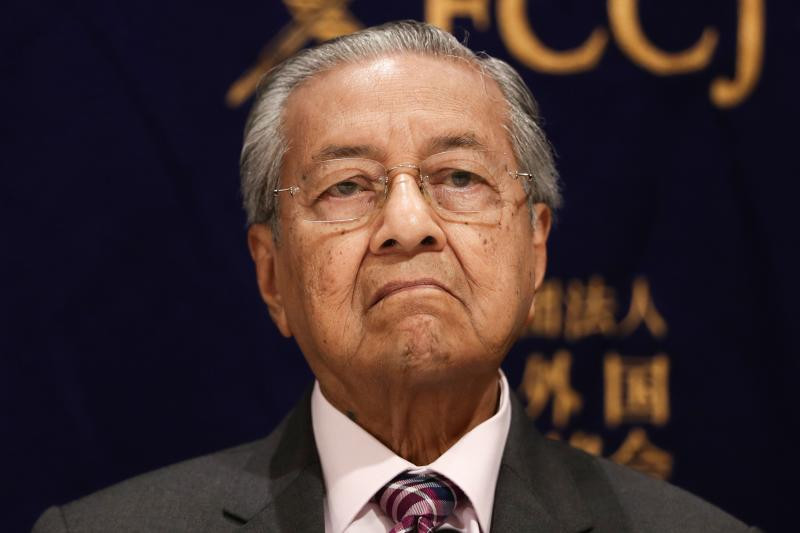 Malaysian Prime Minister Mahathir Mohamad announced
his resignation on Monday, a shock move that could plunge the country into political crisis.

"The letter has been sent to His Royal Highness the King at 1 p.m.," Mahathir's office said in a statement.

The surprise announcement comes amid speculation that 94-year-old Mahathir was attempting to form a new ruling coalition that would exclude his promised successor, Anwar Ibrahim who accused the party of plotting to form a new government with the United Malays National Organization (UMNO), the former ruling party ousted in 2018.
Mahathir's party, the Malaysian United Indigenous Party (Bersatu) announced Monday it would be dropping out of the ruling coalition Pakatan Harapan in support of the prime minister.
"All members of the House of Representatives of the party are also out of Pakatan Harapan. All of them have signed the Oath to continue to support and trust Tun Dr Mahathir Mohamad as the Prime Minister of Malaysia," according to a statement from BERSATU President Muhyiddin Mohd Yassin.

It's yet unclear if Mahathir could form another government with the support of other parties.

On Sunday night allies of Mahathir and some members of Anwar's People's Justice Party (PKR), as well as other Parliament members and those from the opposition, UMNO reportedly held talks in Kuala Lumpur, fuelling speculation of a new governing coalition.