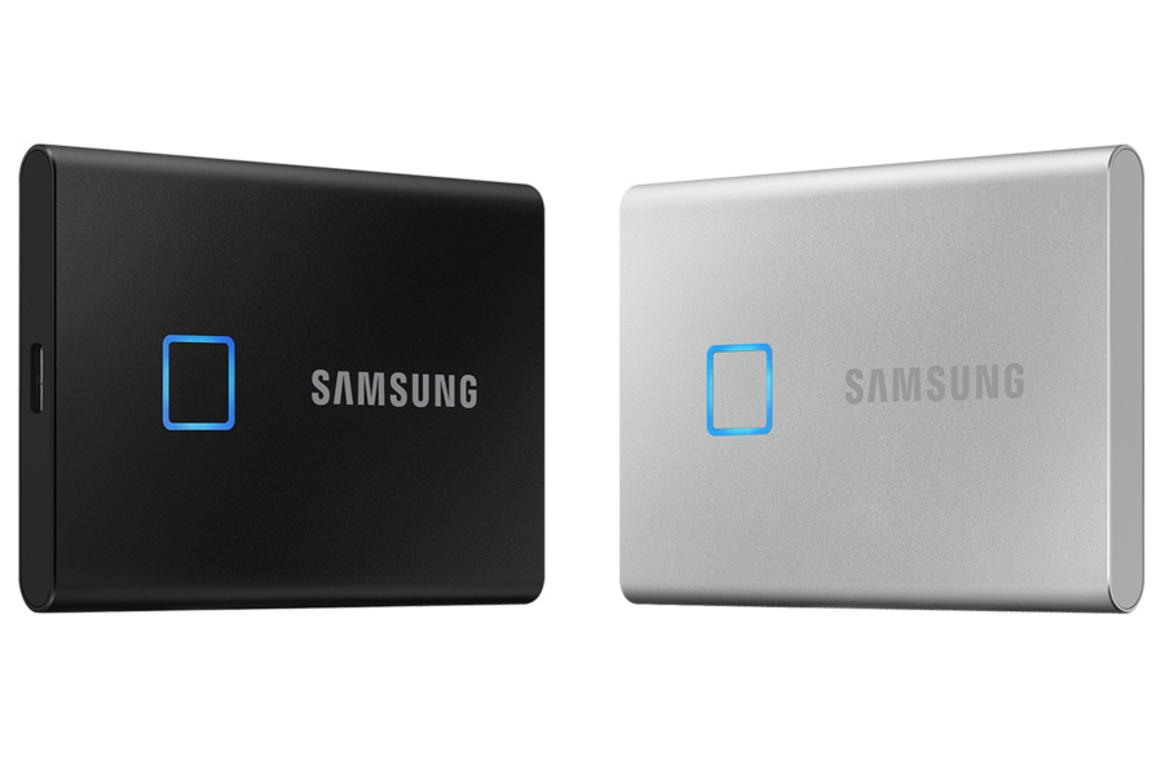 Samsung offered anyone with an interest
in efficient data transfers a very enticing option with its T5 SSD in 2017. The electronics giant has now stepped up its game in a big way, rolling into this year’s CES with its successor, the portable T7 Touch SSD that offers double the read and write speeds and a fingerprint scanner for extra peace of mind.
Where the T5 was capable of speeds of up to 540 MB/s, the new T7 Touch can move data around twice as fast. Samsung says it will offer read speeds of 1,050 MB/s and write speeds of 1,000 MB/s, with capacity options of 500 GB, 1 TB and 2 TB.
The T7 Touch is packaged in a solid metal casing that weighs less than 58 g (2 oz) and features an LED light to indicate when it is reading or writing data.
Also built into the exterior is what Samsung says is its first SSD-mounted fingerprint scanner. This works with password protection and AES 256-bit hardware encryption to offer an additional layer of security.
The T7 Touch is based on the USB 3.2 Gen 2 standard and comes with USB Type-C-to-C and USB Type-C-to-A cables. The 500 GB version is priced at US$130, the 1 TB version at $230 and the 2 TB at $400, with all to be available in 30 countries around the world later this month.