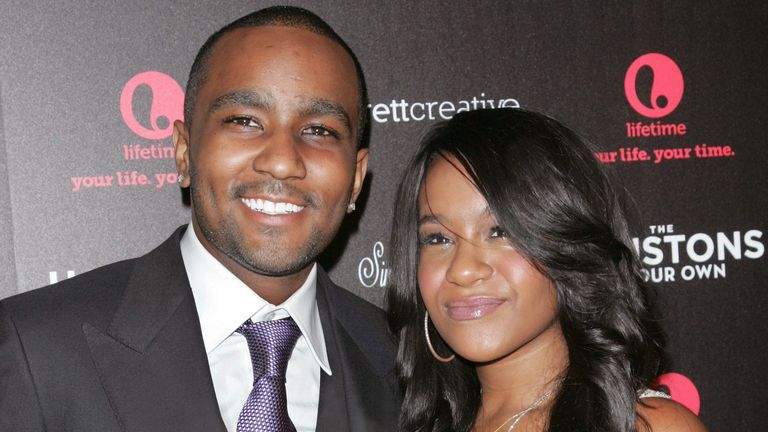 Nick Gordon, ex-partner of the late Bobbi Kristina Brown, has died at the age of 30,
his lawyer says.
Joe S Habachy did not reveal the cause of his client's death.
He said: "Despite all of the incredible challenges Nick faced over the last few years I can honestly say that he worked hard to hold his head up and stay sober and that he genuinely wanted a happy healthy life with his family more than anything else."
Gordon had been an orphan but singer Whitney Houston took him under her wing, after divorcing her husband Bobby Brown in 2007.
Gordon called her "mom" but she never formalised his adoption or included him in her will.
In February 2012, Houston died aged 48 from accidental drowning in a bathtub at a hotel in Beverly Hills, California.
Authorities said years of cocaine abuse and heart disease played a key role in her death.

Shortly afterwards, her daughter Bobbi Kristina and Gordon revealed they were a couple.
In 2015, Bobbi Kristina, 22, was found face-down in a bathtub and she died after six months in a coma.
Gordon was never charged but he was found responsible in a wrongful death lawsuit and ordered to pay $36m to Brown's estate.
Gordon's lawyers called the allegations "slanderous and meritless" but he had failed to meet the deadlines set by the court, Bedelia Hargrove, the conservator of Brown's estate, was judged the winner by default.
The medical examiner was not able to determine whether Bobbi Kristina's death was accidental, deliberate, or at the hands of someone else.
A post-mortem showed she had a number of drugs, including morphine and cocaine, in her body.