Slain journalist, Jamal Khashoggi remembered in Washington and Istanbul one year after his tragic death. 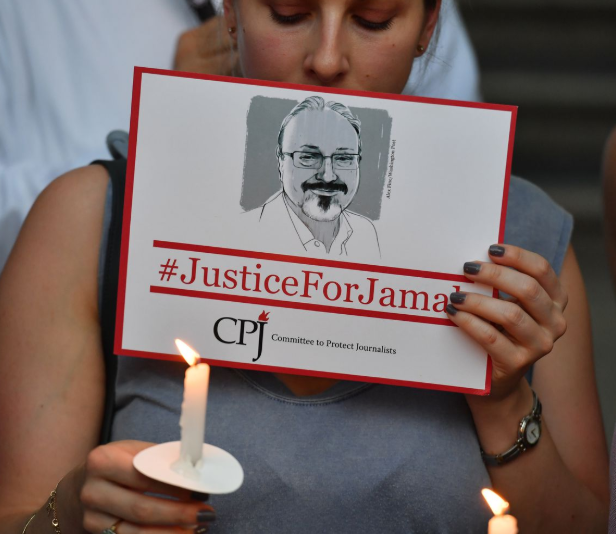 Washington Post owner Jeff Bezos joined activists and friends of late Jamal Khashoggi near the Saudi Consulate in Istanbul on Wednesday, October 2nd and demanded justice for the journalist on the first-year anniversary of his horrific death at the hands of Saudi agents.

The memorial began just after 1:14 p.m; the exact time that the Washington Post columnist walked into the consulate a year ago, to collect documents required for him to marry his Turkish fiancee, who was waiting for him outside but he never walked out.

During the ceremony, activists called for a United Nations-led investigation into the murder and action to ensure that the perpetrators of the killing don’t go unpunished. 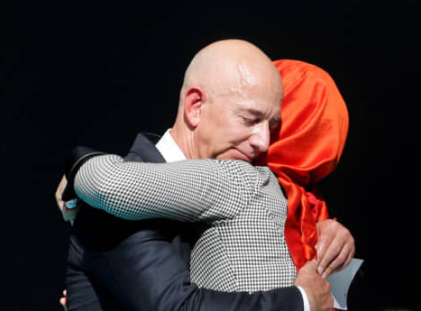 Late Jamal was a sharp-critic of the Saudi Kingdom and Crown Prince Mohammed bin Salman. He was brutally killed and apparently dismembered by a 15-member Saudi hit squad that flew to Turkey. His remains have never been found. Turkish authorities, who had apparently been monitoring the consulate, recorded and later leaked details concerning the death of Khashoggi. 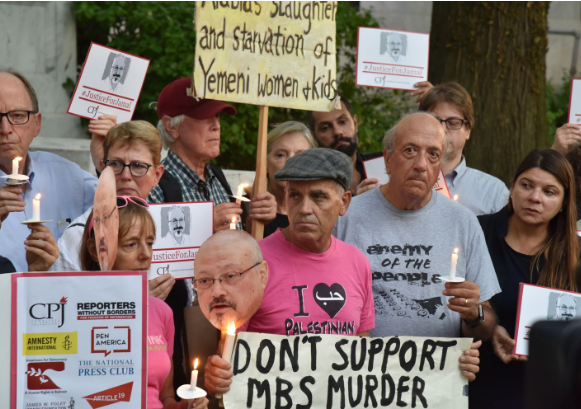 Agnes Callamard, a U.N. rapporteur who authored a report into the killing, told the memorial service that the world should insist that “no one, not even a powerful and influential state as Saudi Arabia get away with murder.” Callamard said “no one should get away with murder no matter who they are or how high their station in life, no matter whether they raised the deadly fist or ordered the deadly blow.”

In her report released earlier this year, Callamard had asserted that Saudi Arabia bore responsibility for the killing and that Prince Mohammed’s possible role should be investigated. Jeff Bezos, who is also the founder of Amazon, made a surprise appearance at the memorial and praised Khashoggi’s fiancee, Hatice Cengiz, who paced a street outside the Saudi Consulate for hours waiting for him to re-emerge. “No one should ever have to endure what you did. You need to know that you are in our hearts. We are here and you are not alone” Bezos said.

Saudi Arabia says it is trying 11 people for the killing, but few details about the case have been released. The trial does not include the crown prince’s top adviser at the time of the killing. Prince Mohammed meanwhile, said in an interview this week he takes full responsibility for the killing but denied he ordered it﻿
Posted by Tony Ogunlowo at Thursday, October 03, 2019