Belgian Paralympian Marieke Vervoort has ended her own life through euthanasia at the age of 40.
Vervoort, who won gold and silver at the London 2012 Paralympics, and two further medals at Rio 2016, had an incurable degenerative muscle disease.
Euthanasia is legal in Belgium and in 2008 Vervoort signed papers which would one day allow a doctor to end her life.
A statement from her home city of Diest said Vervoort "responded to her choice on Tuesday evening". 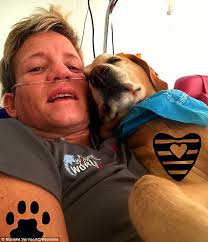 ﻿
Vervoort's disease caused constant pain, seizures, paralysis in her legs and left her barely able to sleep.
In an extensive interview with BBC Radio 5 Live's Eleanor Oldroyd in 2016 she said: "It can be that I feel very, very bad, I get an epileptic attack, I cry, I scream because of pain. I need a lot of painkillers, valium, morphine.
"A lot of people ask me how is it possible that you can have such good results and still be smiling with all the pain and medication that eats your muscles. For me, sports, and racing with a wheelchair - it's a kind of medication."


Vervoort won gold in the T52 100m wheelchair race at London 2012 as well as silver in the T52 200m wheelchair race.
At the Rio Paralympics she claimed silver in the T51/52 400m and bronze in T51/52 100m.
Asked about the fact she had signed euthanasia papers, after the Rio Paralympics she told the BBC: "It gives a feeling of rest to people. I know when it's enough for me, I have those papers."
The city of Diest said a book of condolence will be accessible in its town hall from Wednesday.