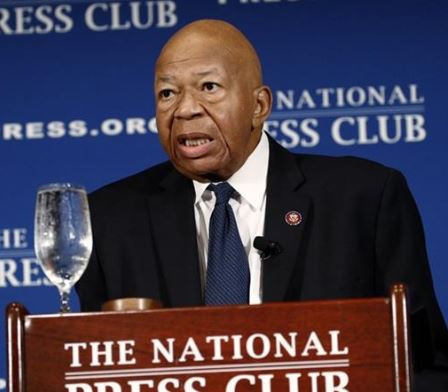 Veteran US Democratic congressman Elijah Cummings, who was heavily involved with the Trump impeachment inquiry, has died at the age of 68.

His office said he had died as a result of "longstanding health challenges". As chairman of the House of Representatives Oversight Committee, he had instigated several investigations into the Trump administration.

He also clashed with administration officials over healthcare and immigration. Earlier this year, during a hearing about migrant detention, Mr Cummings blasted acting Homeland Security Secretary Kevin McAleenan, asking him if the department had an "empathy deficit".

"He worked until his last breath because he believed our democracy was the highest and best expression of our collective humanity," Maya Cummings, Maryland's Democratic Party chairwoman, said in a statement.

Late Cummings worked as a Maryland state delegate and lawyer before his election to the House of Representatives in 1996. A Baltimore native, he was one of seven children born to parents who were farm workers on the same land where their ancestors were enslaved.

He had served as chairman of the Oversight Committee since January after Democrats took control of the House. During his tenure, he engaged in a lengthy court battle with the Trump administration over subpoenas of the president's personal and financial records.﻿
Posted by Tony Ogunlowo at Thursday, October 17, 2019