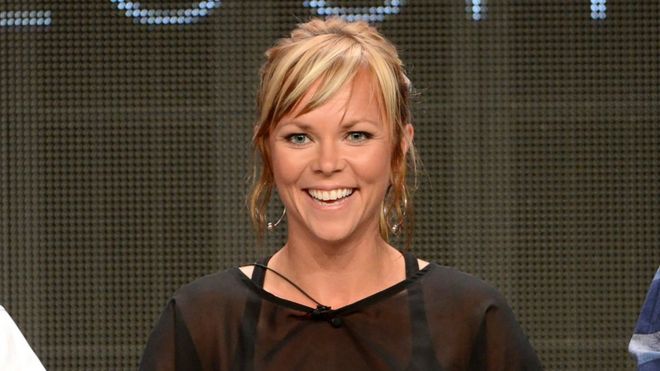 US race car driver and television personality Jessi Combs has been killed in a crash while attempting to set a new land speed record.
Combs' family confirmed that she had died in a crash in a jet-powered car in south-east Oregon, but further details were not immediately released.
In a statement, the family said they remembered her "bright smile [and] positivity".
Combs, 39, had been dubbed the "fastest woman on four wheels".


She earned the title in 2013 when she reached 398 mph (641km/h). Combs was trying to beat that speed and the absolute women's land speed record of 512 mph (824km/h) - set by Kitty O'Neil in 1976 - when she crashed.
"Jessi's most notable dream was to become the fastest woman on Earth, a dream she had been chasing since 2012... and she left this Earth driving faster than any other woman in history," her family said.


Her teammate Terry Madden also paid tribute to her on social media.
"Unfortunately we lost her yesterday in a horrific accident, I was the first one there and trust me we did everything humanly possible to save her," he said in an Instagram post on Wednesday.
Combs had been chronicling her attempt to set a new land-speed record at the time of her death.