Barely 24-hours after 20 people were killed in El Paso, at least nine people are dead and 16 more injured in another mass shooting in Ohio. 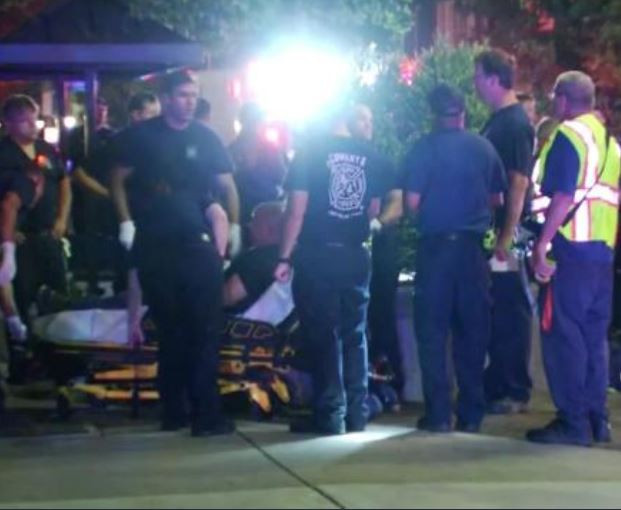 Nine people have been killed and at least 16 injured as police search for a second gunman after another mass shooting at a bar in Ohio.

Police responded to calls about an active shooter in the area of East 5th Street in the Oregon District on Dayton and the first shooter was killed by police, but authorities fear a second attacker who fled the scene in a Jeep could be on the lose.

Miami Valley Hospital spokeswoman Terrea Little said 16 victims had been received at the hospital, but she could not confirm their conditions. Video from the scene showed a host of emergency vehicles on a street that had been cordoned off.

The Ohio gunman reportedly shot people sitting outside Ned Peppers Bar in the bustling Oregon District. Police say the active shooter situation began at 1am in the historic Oregon District, but officers nearby were able to 'put an end to it quickly'.

Further information, including the suspected shooter's identity and motive, have not yet been released, but eye witnesses said the shooter was white, wearing a bulletproof vest and wearing earmuffs but was stooped from entering the bar at the door. ﻿
Posted by Tony Ogunlowo at Monday, August 05, 2019