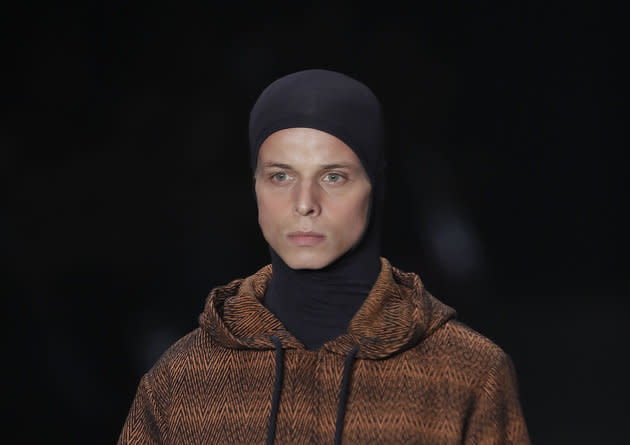 A model has died after collapsing on the catwalk at Sao Paulo’s Fashion Week.

A statement from organisers said Tales Soares took ill Saturday while in a parade of fashion brand Ocksa, the Associated Press reports.

A medical team attended to him on the catwalk and Soares was later taken to a hospital, where he was pronounced dead.
The statement did not provide more details.


Daily Folha de S Paulo reported that Soares tripped on his shoelace and fell.
According to the paper, people in the crowd initially thought his fall was part of a performance.

A photo in the newspaper showed the model lying face down on the catwalk while paramedics attended to him.
The paper reported Soares was 26 years old.