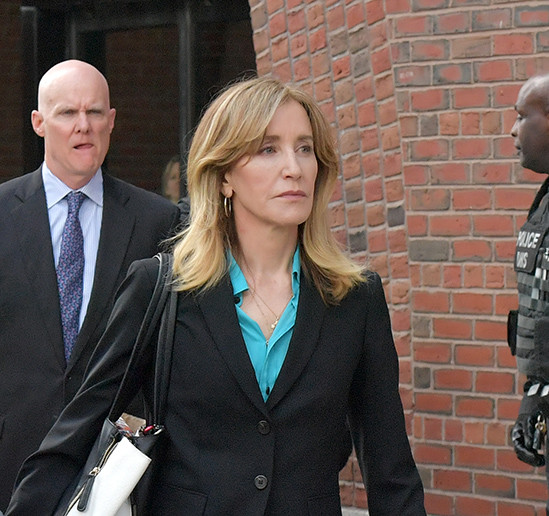 Hollywood actress, Felicity Huffman has accepted a plea deal for her role in the college cheating scam and is facing 27 months in prison
Huffman,  who was arrested by FBI agents in March is among 14 people who entered guilty pleas in a Boston, Massachusetts courtroom on Monday, April 8.
According to reports, the 'Desperate Housewives' star admitted she paid $15,000 to a SAT exam proctor to give her daughter more time to take the SAT test. Huffman was charged with mail fraud as well as honest services mail fraud.
She is the first of the celebrity accusers to plead guilty and accept her punishment. Her husband, actor William H. Macy, was not charged in the case, but he was present in the courtroom.
Huffman released a statement which reads:
"I am in full acceptance of my guilt, and with deep regret and shame over what I have done, I accept full responsibility for my actions and will accept the consequences that stem from those actions.
"I am ashamed of the pain I have caused my daughter, my family, my friends, my colleagues and the educational community."
Posted by Tony Ogunlowo at Tuesday, April 09, 2019