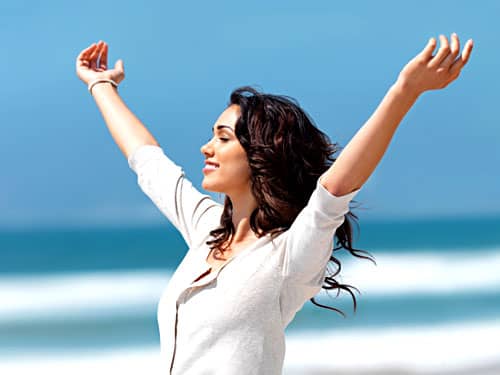 Finding it hard to resist that piece of cake or impulse buy? Call it self-control,
inner strength or willpower, but we all run short of it from time to time. Experts say our willpower is a finite resource — but with a little work, we can build up our reserves.

In their book, Willpower: Rediscovering the Greatest Human Strength, psychologist Roy F. Bausmeister and New York Times science columnist John Tierney argue that we don’t have a limitless supply of willpower. Even when we aren’t faced with monumental temptations, keeping up our good lifestyle and financial habits and dealing with stress eventually wears us down.
Worse yet, we hit a “double whammy” when our willpower is depleted, warn the authors. Our feelings, desires and temptations are that much stronger, and we are less able to resist them. Our self-control can wane during periods of stress or extra temptation — and that’s bad news when holiday season rolls around or we’re facing extra pressure at work. Our good habits can slip, and we don’t always make the best decisions. So why are some people able to persevere while others give up? Personality traits and abilities aside, there’s something to be said for practice. Like a muscle that gains strength and endurance with exercise, we can work at building up our willpower.
Here are some strategies to help.

When faced with something we want, it’s all too easy for our minds to focus on the here and now. In experiments, some people will snap up a smaller sum of money right away rather than wait for a larger payout — or eat one marshmallow now rather than wait to have two.
However, we can thwart this impulse by forcing ourselves to focus on the future instead.
Think about how your decision right now will impact your long-term goals — and how it will affect others. It isn’t just a distraction. Baumeister and Tierney argue that thinking these “high level thoughts” helps us improve our self control.

Another reason not to grocery shop while you’re hungry! Like the rest of our body, our brains needs fuel to function at its best. Research on decision fatigue shows hunger and low blood sugar levels hamper our ability to make good decisions. You can temporarily restore your willpower and decision making abilities with a snack. It’s not an excuse to reach for a sugary treaty — research has shown that it’s the glucose, not the indulgence, which makes a difference.
Do dieticians agree? You’ve likely heard it’s better to eat smaller amounts throughout the day than three large meals, and to never skip breakfast. Healthy snacks can help keep dieters on track. Of course, food isn’t the only way to beat brain fatigue — getting enough sleep is also important.

Willpower isn’t just something we exercise “in the moment” — there’s a lot to be said for planning ahead. It takes less effort to avoid something that’s “far away” than “close up”, say Baumeister and Tierney. If that coffee shop on the way to work is beckoning, choose a different route. Want to eat well? Keep junk food out of the house. Not sure how to handle a tricky situation?
Practice saying no before you go. It isn’t just common sense. Research shows that by making plans to avoid temptation — a concept known as “pre-commitment” — we make it easier to avoid those temptations when they do appear. Even we can’t steer clear, deciding how to handle a situation ahead of time can make it easier. For example, if you know you’ll encounter a temptation, figure out how to handle your response in advance.

Another way to avoid temptation: look away! That’s what participants in those now famous marshmallow experiments did. The ones who kept looking at the marshmallow burned through their willpower faster and ate the marshmallow. The ones who resisted were able to do so by distracting themselves — such as looking around the room or covering their eyes.
Putting something “out of sight” can keep it “out of mind” too. Since we’re not part of an experiment, we have even more strategies at our disposal. For example, you could redirect your attention to a new activity, focus on your breathing, perform a few simple exercises or get up and go for a walk.

There’s no arguing the rewards of willpower, but what really scares us is fear of humiliation or penalty. That’s why experts like Baumeister and Tierney recommend being accountable to someone besides yourself — like a friend or family member, support group or even the general public if you’re willing to share your goals on a blog or social media.
For instance, if your goal is to pay off debt, regularly check in with a buddy who will help celebrate your progress — or give you that disapprovingly glare when you backslide. Join a group for support, or even enlist a professional like a financial advisor, personal trainer, counsellor or dietician.

Another aspect of pre-commitment lies in setting clear boundaries. Bausmeister and Tierney explain that people do better with simple, unambiguous rules — or “bright lines” — rather than “fuzzy boundaries”. For instance, you might find it easier to not drink or not smoke than to do either “in moderation”. With a bright line, it’s easier to tell when you’ve crossed it while “moderation” is harder to define. Our minds don’t notice gradual transitions as much as they notice obvious changes. Experts say when we’re committed to a bright line — especially when there’s a strong principle backing it — we know where to stop.

We already know that spirituality reduces stress and inner conflict, but people who are strong in their faith reap additional benefits when it comes to willpower, note Baumeister and Tierney. Research continually demonstrates that people who are religious — regardless of which faith they belong too — have higher rates of healthy habits than people who aren’t religious.
They are also less likely to indulge in harmful behaviours like smoking, drugs, excessive alcohol consumption and unsafe sex. Why, exactly? Even if they don’t feel accountable to a “higher power”, they do feel accountable to the sacred community to which they belong — and are therefore more likely to keep their behaviour in check.
They have often have a strong sense of duty and values, and that helps make decisions easier. In addition, many religions involve rituals such as fasting, prayer, attending services and charity that help build willpower — provided people have the willpower to participate. However, you can’t join a church and expect to see improvement to your willpower: genuine belief also has to be there, say experts.