A person has been seen inside the wreckage of the plane carrying Cardiff City footballer Emiliano Sala, the Air Accidents Investigation Branch said. Underwater video footage shows one occupant visible in the wreckage found in the English Channel overnight. The Piper Malibu N264DB that had been carrying Sala, 28, and pilot David Ibbotson, 59, disappeared over the English Channel on January 21 after leaving Nantes in France for Cardiff. 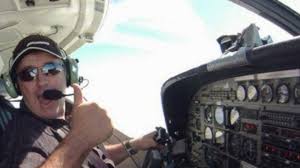 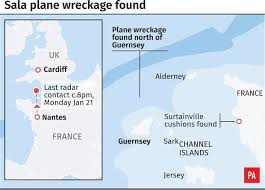 In a statement, the AAIB said its investigation with Blue Water Recoveries Ltd using specialist vessel Geo Ocean III and FPV Morven began on Sunday morning.  ‘Early in the search, the Morven identified an object of interest on the seabed using its side-scan sonar equipment,’ it said.
‘It cleared the immediate area for the Geo Ocean III to use its underwater remotely operated vehicle (ROV) to survey the area of the seabed in which the object was located.’ Investigators said the ROV footage revealed the ‘object’ was the missing Piper Malibu aircraft that had carried Sala. ‘Tragically, in video footage from the ROV, one occupant is visible amidst the wreckage,’ the AAIB said. Investigators are now speaking with the families of the pilot and passenger

Earlier, Emiliano Sala’s father spoke of his anguish and disbelief after the wreckage of the plane was discovered.  Speaking at his home in Argentina, Horacio Sala said he was ‘desperate’ after the privately-funded search operation found the aircraft in waters north of Guernsey on Sunday. ‘I cannot believe it. This is a dream. A bad dream. I am desperate,’ Mr Sala told local broadcaster Cronica TV. The privately-funded search operation on behalf of the Sala family was made possible after a campaign raised more than £260,000 to pay for it. The AAIB said it intends to publish an interim report within one month of the accident.

Marine scientist David Mearns, the director of Blue Water Recoveries, led a team on the search vessel FPV Morven while the UK AAIB also sent a team aboard its the Geo Ocean III. On Sunday Mr Mearns tweeted: ‘Wreckage of the plane carrying Emiliano Sala and piloted by David Ibbotson was located early this morning by the FPV MORVEN. ‘As agreed with the AAIB they moved the GEO OCEAN III over the position we provided them to visually identify the plane by ROV.  ‘The families of Emiliano Sala and David Ibbotson have been notified by Police. The AAIB will be making a statement tomorrow. Tonight our sole thoughts are with the families and friends of Emiliano and David.’ Speaking to Sky News, Mr Mearns said: ‘This is about the best result we could have hoped for the families. ‘But tonight they have heard devastating news and in respect of the families I won’t comment any further about what has happened.’