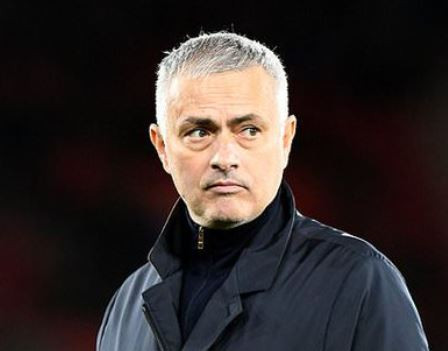 Jose Mourinho has secured his first job since being sacked as Manchester United coach after joining BeIN Sports as a pundit.

The broadcaster announced on Thursday that ‘the Special One’ will be an analyst for Chelsea’s Premier League trip to Arsenal on January 19 as well as Qatar and Saudi Arabia’s Asian Cup group-stage tie on January 17 on the Qatari channel’s broadcasts in the Middle East and North Africa.
Mourinho was sacked by Manchester United in December after the club’s worst start to a season since 1990 and won three trophies during his two-and-a-half year tenure at Old Trafford.
“Jose is one of the greatest football managers of all time, and we hope that his expert analysis and charismatic personality will be enjoyed by our millions of viewers,” a beIN spokesman said in a statement.
Mourinho had been linked with a return to former club Benfica after the Lisbon giants fired coach Rui Vitoria last week, but the 55-year-old told Correio da Manha earlier on Thursday that he would not take the job. “I don’t have any intention of coming back to work in Portugal,” he told the newspaper. “I’m fine at the moment.”﻿
Posted by Tony Ogunlowo at Friday, January 11, 2019