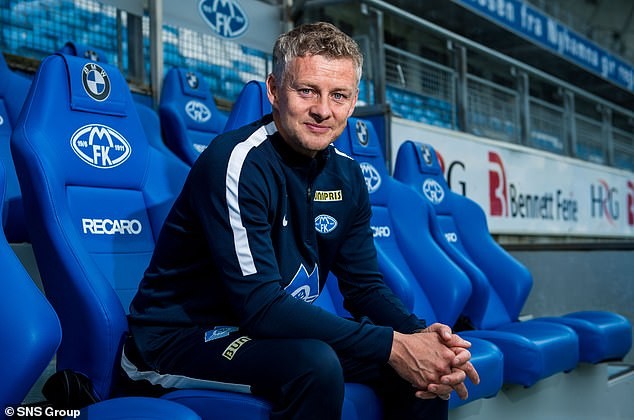 The Old Trafford legend, 45, who scored 126 goals in 366 appearances for United during 11 seasons at the club replaces Mourinho on what is effectively a loan move from Norwegian side Molde.
He will be joined by Mike Phelan as first-team coach, also working alongside Michael Carrick and Kieran McKenna.
In comments published on Molde's website, Solskjaer said that he will return to the club, whose league campaign begins at the end of March, when his duties at United are complete.
Solskjaer said on Molde's website: 'In football you never know what can happen. We get proof of time after time. This is an opportunity I had to take. I am looking forward to leading Manchester United until the summer. 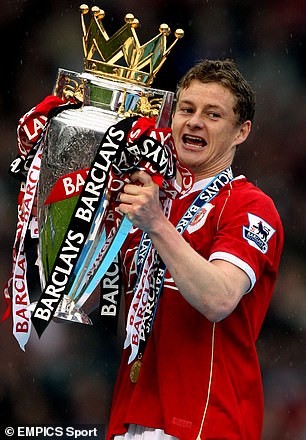 'At the same time, I will follow closely what is happening here at home. We have built stone for stone and the end of the season this year gives us hope for another good season.
'Erling, Trond and Per Magne will do a lot of work while I'm gone. At the same time, I would like to thank the club, and Kjell Inge and Bjorn Rune once again congratulate me on the world's biggest club.'
'Manchester United is in my heart and it's brilliant to be coming back in this role. I'm really looking forward to working with the very talented squad we have, the staff and everyone at the club,' said Solskjaer in United's club statement.
United executive vice-chairman Ed Woodward added in the club's announcement: 'Ole is a club legend with huge experience, both on the pitch and in coaching roles.
'His history at Manchester United means he lives and breathes the culture here and everyone at the club is delighted to have him and Mike Phelan back. We are confident they will unite the players and the fans as we head into the second half of the season.'  ﻿
Posted by Tony Ogunlowo at Wednesday, December 19, 2018