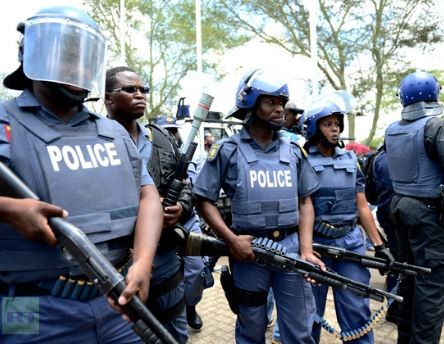 South African Minister of Police, Bheki Cele, said 20,336 murders were recorded
in the country from 2017 to 2018 period saying “South Africa is close to being a war zone”.

Presenting the statistics, Cele said: “never again can we come here to give such statistics. It cannot be that South Africans are put under such fear, such stress and such murder”. He said murders of women and children had also increased.
Cele also said rape was up 0.5 per cent, with 40,035 recorded instances compared to 39,828 in 2017. South Africa is known internationally for its violent crime, but annual statistics are often disputed, especially rape figures.
19,016 murders were recorded between April 2016 to March 2017. ﻿
Posted by Tony Ogunlowo at Tuesday, September 11, 2018