Anthony Joshua knocks out Alexander Povetkin in the seventh round to retain world heavyweight titles. 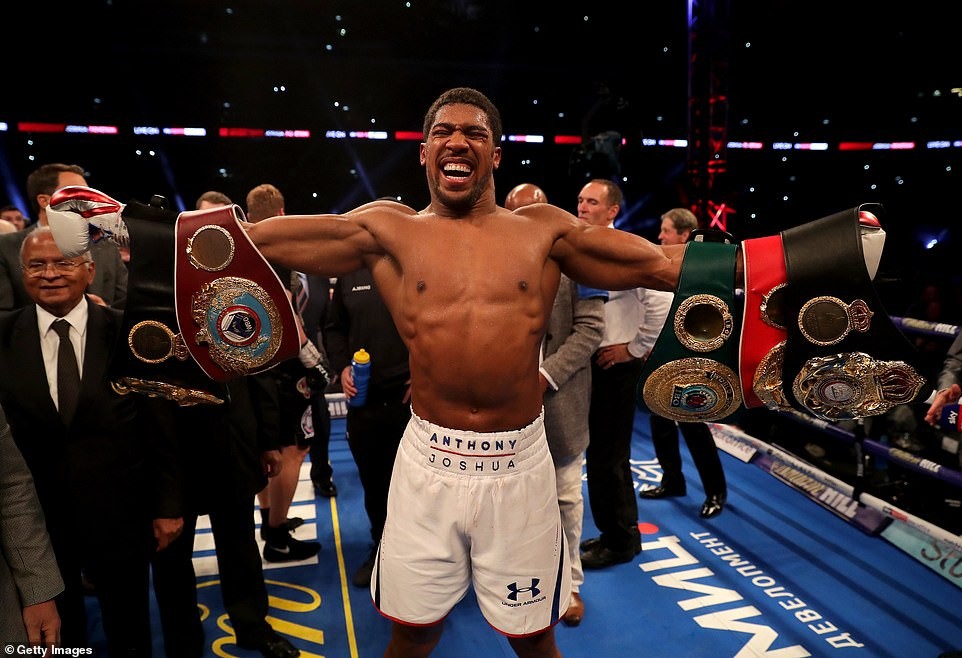 The 28-year-old who produced a spectacular display at the Wembley Stadium on Saturday night emphatically knocked the Russian boxer, 38, in the seventh round to retain his IBF, WBA Super, WBO & IBO World Heavyweight belts.
Speaking after the fight, Joshua said:  "Povetkin is a very tough challenger, he proved that tonight with good left hooks and counter punches.
I came in here to have fun, and give it my best, I knew he was strong to the head but weak to the body. I was just mixing it up.
It could have been seven, maybe nine, maybe 12 rounds to get him out of there. But the ultimate aim was to be victorious. I got my knockout streak back."
Wembley, thank you so much. Everyone involved, Team Povetkin, thanks."
Posted by Tony Ogunlowo at Sunday, September 23, 2018