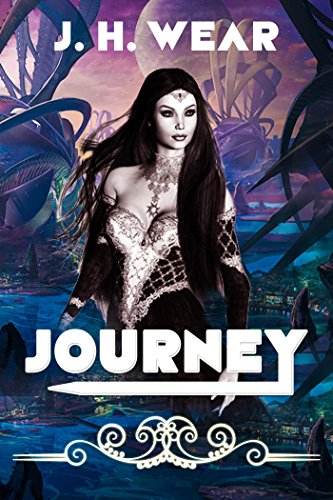 Journey- a novel about an alien abduction.

Carl wakes up naked and confused on a deserted beach, his last memories of being abducted by aliens. As he slowly begins to explore his new surroundings, he is greeted by Tanya, a strangely dressed woman who offers to lead him to her village. He agrees, hoping the village has a means for him to contact home.
But the village is not what he expected. The people live in primitive conditions, without electricity and certainly not anyway to contact the outside world. In fact, most of the people in the village were not born on Earth. Tanya, informs him she is the Witchdoctor's daughter and that they can never leave the peninsula they live on. The land is blocked by an impassable desert to the mainland and sea monsters protect the water.
But Carl is different than the rest of the villagers. The aliens, unlike the other abductees, left his with his memory of Earth fully intact. He is determined to journey to the mainland and find a way to return home. His second task is to win the heart of Tanya, who is forbidden to have a man in her life.