Female zookeeper is mauled by a tiger to within an inch of her life as shocked visitors throw rocks to scare it away in Russia. 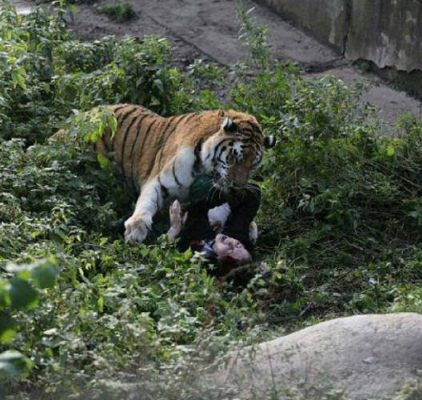 A female zookeeper in Russia was mauled by a Siberian tiger as she brought it food.


The young unnamed woman was taking food to the tiger not knowing that its cage was accidentally left open. As she got there, the tiger, called Typhoon, sprang on her and attacked her while shocked visitors watched.
The visitors at Kaliningrad Zoo in Russia were able to save the woman by throwing stones, tables, and chairs taken from a nearby cafe until the animal backed away and the woman was able to run to a secure part of the compound. She was immediately rushed to the hospital and, though she's in critical condition, she is expected to survive. 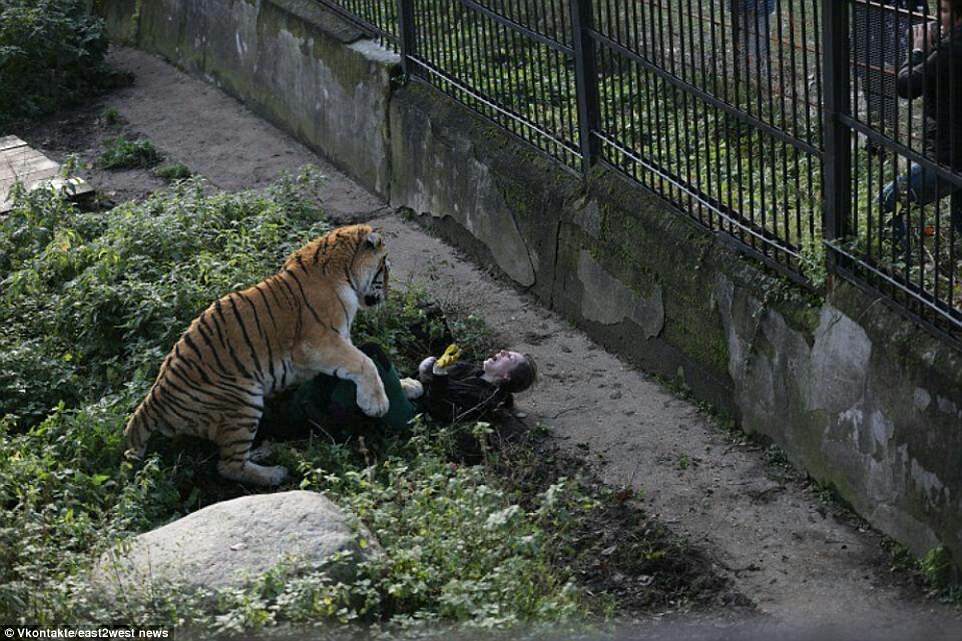 "The girl's face was bleeding," an eyewitness said. "She screamed and tried to fight off the animal."
A spokesman praised the visitors and told of how the attack happened. He said it was the first time in the history of the zoo that the animal attacked a man.
"The animal entered the enclosure when the keeper was there," said a statement. "The tiger attacked the human." 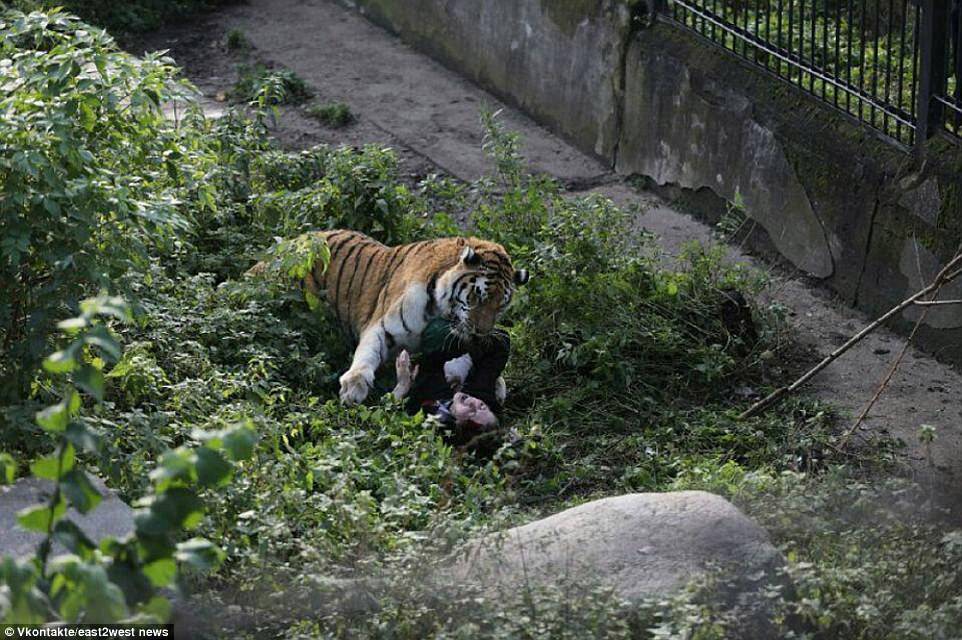 "Visitors with their shouting, stones, and other improvisation managed to distract the animal. This allowed the zoo employee to hide in a back room."
A criminal investigation has been launched to find out the reasons for the tragedy in the zoo.