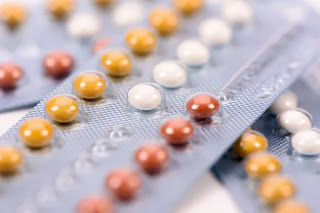 Researchers have reported a new non-hormonal male contraceptive pill that disrupts a particular protein involved in sperm formation. Tests in mice have so far been promising, showing effective prevention of pregnancy, reversibility within weeks, and no observable side effects.

Ever since the female contraceptive pill became available in the 60s, a male version has largely eluded scientists. Strides have been made in recent years, with topical gels or pills that disrupt testosterone or other hormones to reduce sperm development. But ideally these treatments would be non-hormonal, to reduce physiological or behavioral side effects.

The new study, led by researchers at the University of Minnesota, targets a protein called RAR-α (RAR-alpha). This protein plays roles in, among other things, cell differentiation, which includes sperm production. Previous studies have shown that silencing the RAR-α gene in mice renders them sterile.

The team examined around 100 compounds for how well they may inhibit RAR-α in cells, and eventually settled on one called YCT529. This compound inhibited RAR-α about 500 times more strongly than it affected two other related RAR proteins, which should reduce potential side effects.

Next, the researchers tested YCT529 by giving male mice oral doses over four weeks. Sure enough, the animals’ sperm counts were significantly reduced, and the drug was 99 percent effective at preventing pregnancy. The team did not observe any side effects, and importantly, the treatment was reversible, with the mice successfully fathering young between four and six weeks after stopping treatment.

There’s no guarantee that the results will carry across to humans, but the team says that human clinical trials are set to begin by the end of 2022, so hopefully we’ll have a better understanding soon.

Other potential male contraceptives have already shown promise in Phase 1 human trials, which have been hormone-based but with only minor side effects. Other methods involve gel injections that block the release of sperm, or ultrasound pulses that kill them. With so many different methods in the works, men might soon be able to better help women shoulder the responsibility for birth control.

The new research was presented at the Spring 2022 meeting of the American Chemical Society.